And some genius ways to use it. - by Nikolina Ilic 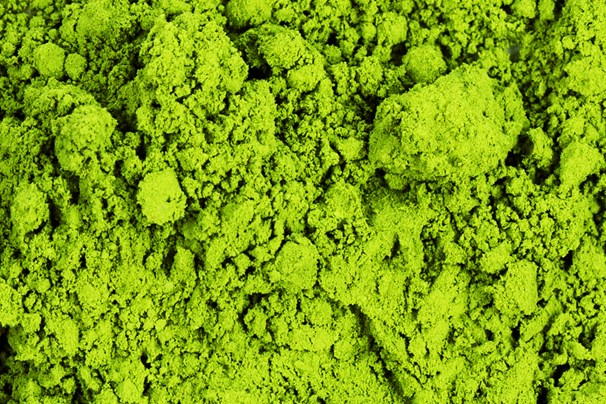 Over the past few years, matcha has grown in popularity because of its bright green colour, health benefits, and the fact that it makes for a super instagrammable latte. Matcha is part of the green tea family, but it’s unique. Unlike traditional forms of green tea where you steep leaves in water, matcha is the powder made from ground-up tea leaves. Because of this, when you consume matcha, you’re getting a higher concentration of the leaves’ nutrients (translation: more benefits).

While it’s more common in Australia now, matcha’s rich history dates back to the twelfth century and has been an important component of Japanese tea culture for more than 800 years. “Matcha has been a staple in Japanese culture for 100’s of years and is now having a resurgence that might be for more than its health benefits alone! The bright green powder not only tastes delicious that is known for its stress reducing benefits but makes your morning tea or coffee a lot more Instagram-able,” explains Tara Kaff, X50 Lifestyle Nutritionist and Sports Dietitian.

To find out more, we asked Tara a few questions below.

What actually is matcha?

“Matcha is a Japanese green tea powder that made from finely grounded dried tea leaves. It’s packed with all sorts of health benefits and has been around for centuries, but rediscovered as the new ‘it’ drink when it comes to ordering your favourite beverage for your morning coffee run!”

What are its benefits?

“Theanine is a non-essential amino acid that is found abundantly in matcha. Theanine is known for its effects on reducing anxiety, stress and its greater ability to relax the nervous system. It also reducing the physical effects of the caffeine such as the jitters. Matcha is jam packed with antioxidants that protect against cell damage that free radicals cause, known as oxidative stress.”

These are 10 benefits of matcha:

1. It’s loaded with antioxidants and vitamins: Think vitamin A, B, C, E, and K.

3. You’ll get more energy than you would from other teas: Matcha powder has about three times the amount of caffeine as alternative types of brewed teas.

4. You won’t feel as jittery as you might from a cup of coffee: Matcha powder contains L-theanine, an amino acid that has been shown to reduce stress.

5. It can make you significantly more productive: In a 2017 study published in Food Research International, people who drank matcha specifically experienced a slight increase in attention and processing speed an hour later—likely due to a special combination of L-theanine, a major potentially energy-boosting polyphenol called epigallocatechin gallate (EGCG), and caffeine.

6. Matcha could help ward off cancer: Scientists have been reviewing green tea as a category for years, linking the powerful antioxidant EGCG to cancer prevention and preventing colon cancer cell growth.

8. It can strengthen your bones: Polyphenols, the antioxidant-packed compounds in green tea, may increase bone mineral density by reducing inflammation-causing oxidative stress on the bones.

9. It can be more filling than a cup of coffee or brewed tea: Because of the added calories from the milk, the drink tends to be as satiating as your average espresso-based latte.

10. It works really well as a natural food dye.

Are there any reasons you shouldn’t try it?

If you’re not use to having caffeine in your diet Matcha might be something to start out with half serves, or skip from your diet routine! Caffeine can also trigger IBS, and its symptoms so if that’s you, I’d suggest reducing your caffeine intake across the board. On the other hand, if there are issues around going to the bathroom, caffeine can help this out. Overall, I don’t see why everyone shouldn’t try this nutrient powerhouse.

Can it actually detox the body?

Detoxification is a natural human bodily process, no product can significantly “detox” the body. A proper detoxification protocol is an overall healthy diet rich is macro and micronutrients. Matcha is be a great addition to a healthy diet.

5 Genius New Ways to Use Matcha