Sore Boobs While Running? Here’s Why You Might Be Experiencing Discomfort - Women's Health

Sore Boobs While Running? Here’s Why You Might Be Experiencing Discomfort

Don’t let sore boobs spell the end of your running career. From sports bras to hormones and motherhood, here’s what you can do about that pain on your chest. Running should be a fun activity. Outdoors, the body in movement, the mind is free to wander. It’s not surprising that for many, running isn’t seen so much as a form of exercise but rather a means of meditation; aside from the runner’s high, there are few answers you don’t find when out on the run. For decades now, we might have been led to believe that there is one ideal running body but the fact remains that all of us were born to run and if you have a body and you run, then you’re a runner. Even so, those with big busts might proclaim themselves unfit for running – not due to endurance or speed, but simply because of the pain that comes with running. If your boobs hurt when you run, know that you’re not alone. The struggle is real and one we’ve all been through. But sore boobs doesn’t mean you have to give up running entirely, rather it could suggest something.

According to a 2014 study out of the United Kingdom, nearly one in five women say that factors related to their breasts – such as excessive movement, larger cup sizes and the inability to find the right sports bra – have kept them from exercising. When it comes to discomfort when running, the primary factor is displacement – it’s not just a case of bouncing up and down, but also moving side to side when running, as well as forward and backward. On average, breasts move 10cm in three directions during running, according to the University of Portsmouth’s Research Group in Breast Health.

For women with larger breasts, it’s typical that they experience more displacement and are therefore more susceptible to pain. Women with smaller breasts aren’t immune though; stretching and damage to the Cooper’s ligaments, which hold the breasts onto the chest wall and prevent sagging, can be experienced by all.

So, what does one experiencing such pain do? The starting place is to invest in a good sports bra. This means not just design, but the fit of the bra too. A quality bra should fit properly, be comfortable and provide three-dimensional support. If you’re trying them on in the fitting room, you should also mimic running to see how the bra performs.

When it comes to a sports bra, things like under-band, cup and fabric are important. The band should fit firmly around the chest, supporting the breasts. It shouldn’t slide around as you move but also shouldn’t be so tight that the skin bulges over the band. When it comes to the cup type, often an encapsulation bra with separate cups for each breasts offers more support for running. However this is a matter of preference, as compression or combination bras can also be incredibly supportive. Straps are also important and should be tight enough to provide support without digging into the skin. The main support for breasts should come from a firm band, not shoulder straps. When it comes to fabric, ensure there are no seams that might rub against skin and cause chafing.

Of course, sometimes sore boobs isn’t a case of the bra but rather hormones associated with the menstrual cycle. Before and during one’s period, it’s common to experience sore breasts due to swelling and general tenderness. If you tend to experience swelling during that time of the month, you might want to invest in a different-sized sports bra designated for those days of the month. The first trimester of pregnancy can also see hormones cause increased blood flow and changes to breast tissue, adding weight to the breasts and making them more sensitive. When milk starts to appear in the third trimester, breasts can also become sensitive. For new or expecting mums and those who have recently stopped nursing, getting re-fitted for a sports bra is essential as both cup and rib sizing are likely to have changed. In doing so, you’ll not only improve the comfort you experience when running, but enjoy it more too. 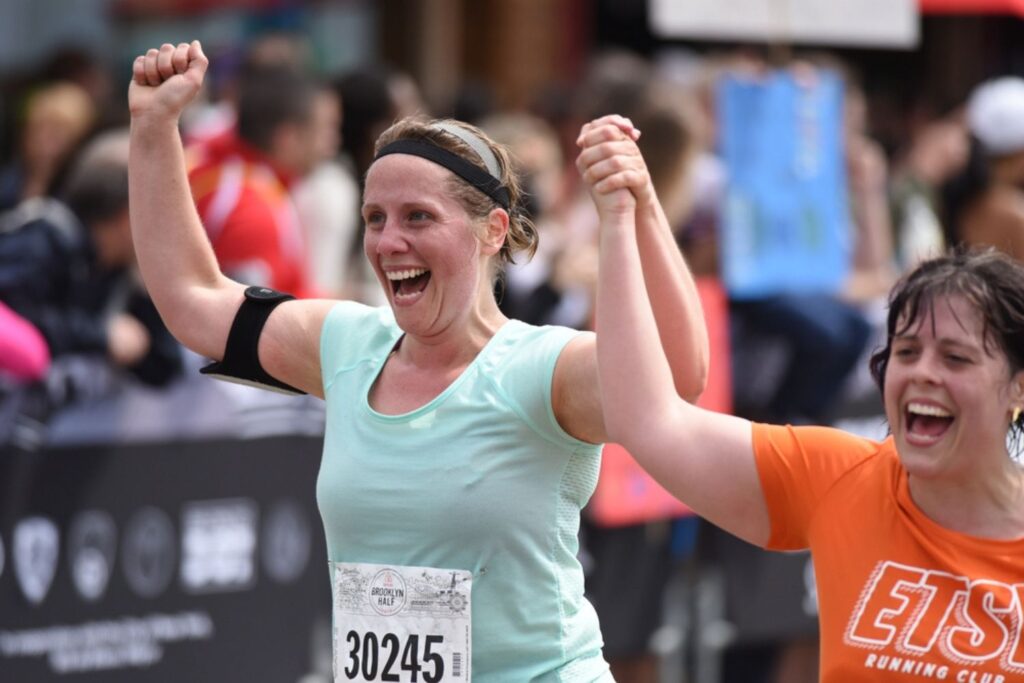 Your Guide To Completing Your First Half-Marathon

Your Guide To Completing Your First Half-Marathon

While the marathon looms mighty in the world of running, the half-marathon presents a distance that, although challenging, is certainly far more approachable for both the seasoned athlete and hobby jogger. 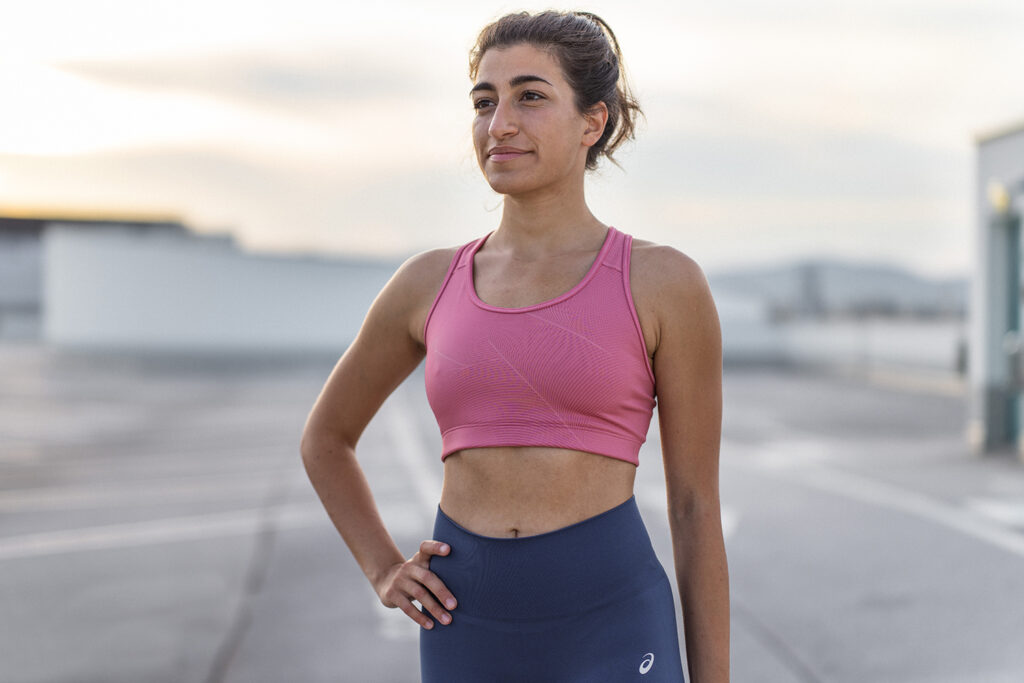 This New Running Gear Will Speed Up Your Fitness Goals

This New Running Gear Will Speed Up Your Fitness Goals

Even in the heat of summer. 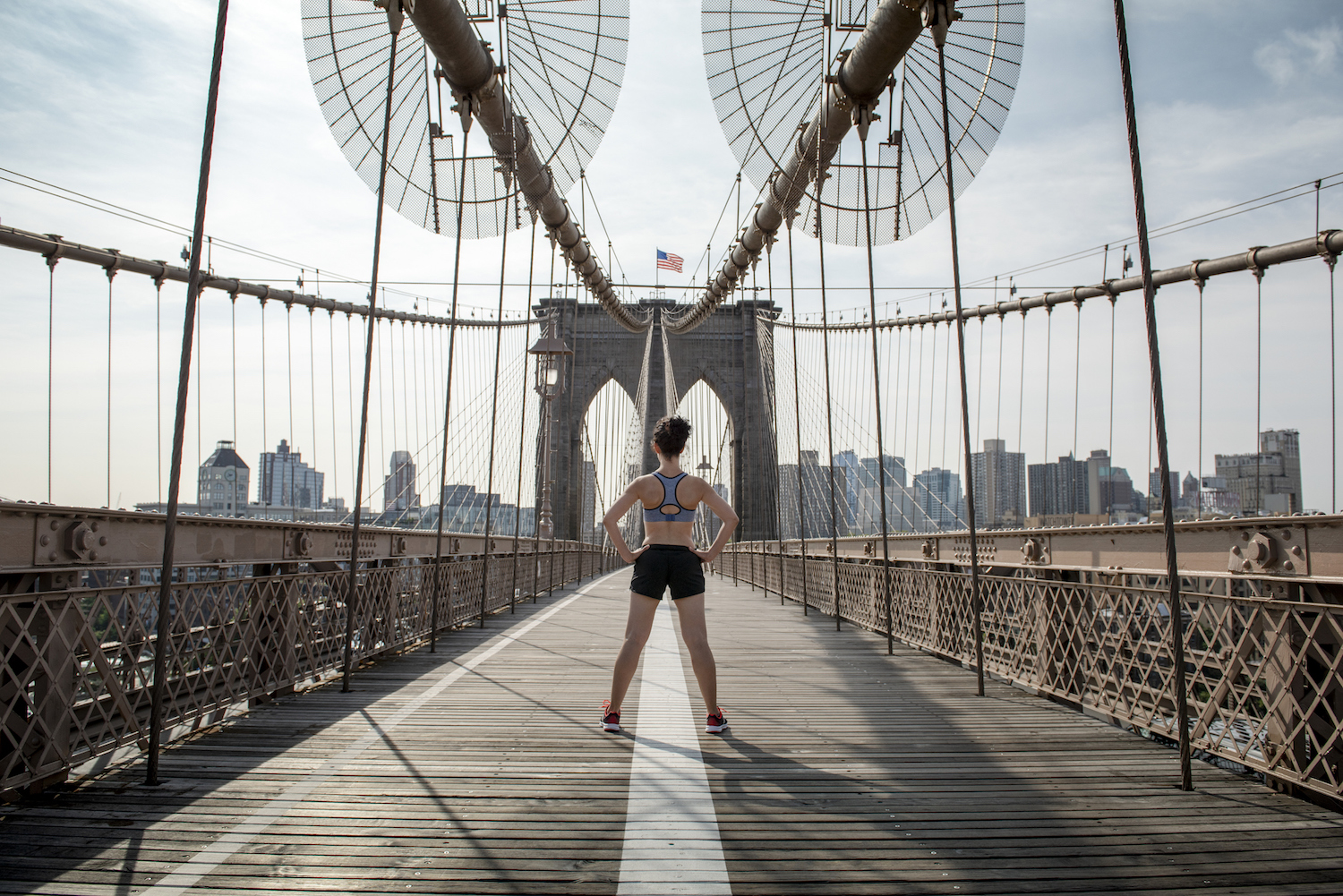 How To Fall In Love With Long Distance Running

How To Fall In Love With Long Distance Running

Is It Still Safe To Go Running Amid COVID-19 Concerns?

Is It Still Safe To Go Running Amid COVID-19 Concerns?