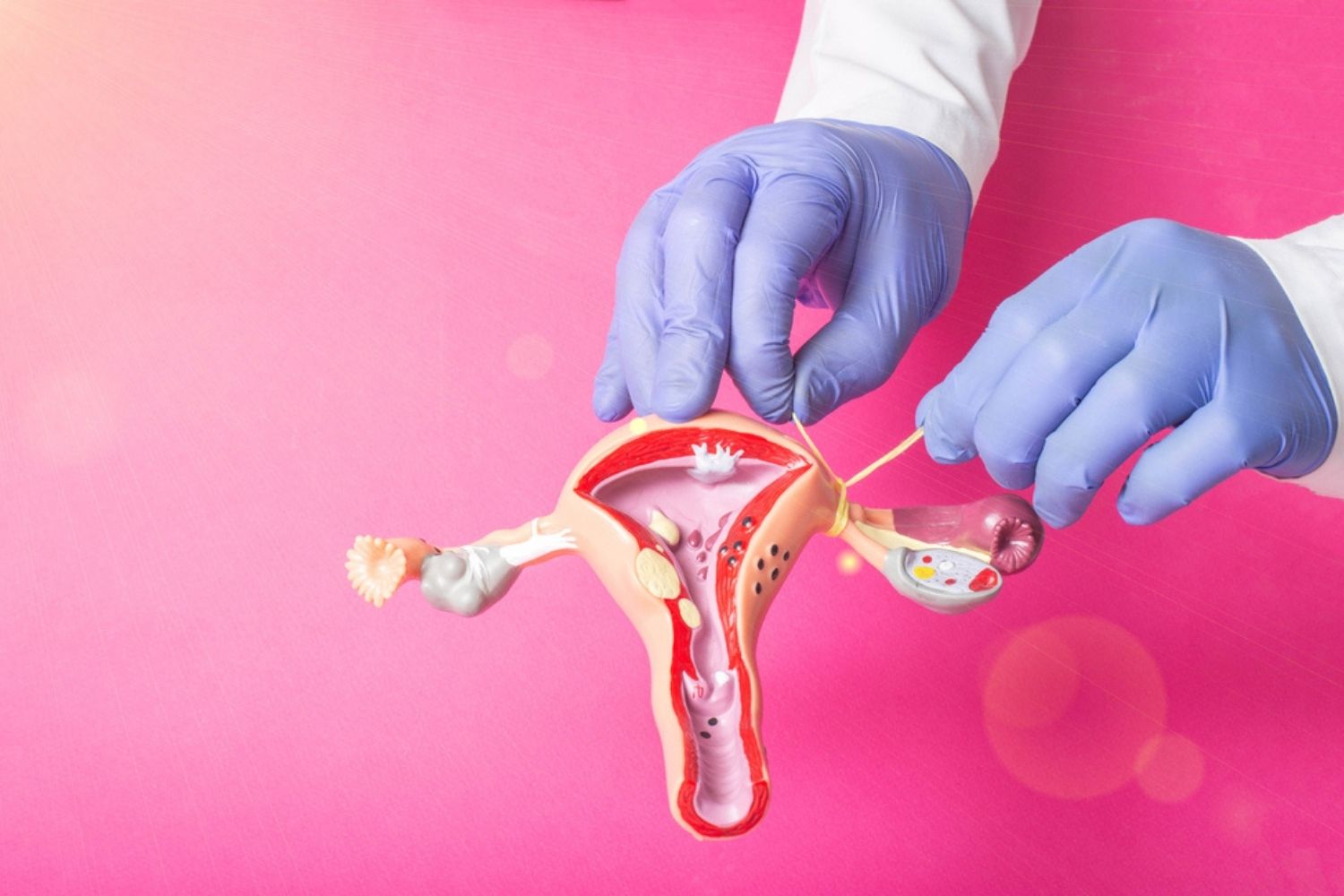 In a recent Reddit post, one user posed the question: “Why are many gynaecological procedures done without pain medicine?” The question comes at a time where many are looking to shine a spotlight on the discrimination women face when it comes to medical treatment, as their pain is often questioned or undermined by medical staff.

Countless women were quick to respond to the question, sharing their own experiences with painful gynaecological procedures. In doing so, it paints a shocking picture of the stark difference in treatment when it comes to men and women and how their pain is not only received but also how it is treated. For a number of women, any hope for local anaesthetics or pain medication for such medical procedures was ignored as they were left to endure painful procedures on their own. As one Reddit user explained, “We’ve been so brainwashed to believe that ‘it’s just a pinch’…I’m a medical professional and had to read a thread on Reddit to realise I need to advocate for myself, and I don’t need to be in pain during gyno procedures.”

Below are just some of the responses from the question asked on Reddit, illustrating that as far as women’s pain is concerned, more needs to be done to ensure we no longer face discrimination for medical treatment.

“I had a cervical biopsy when I was 18, and the doctor was like, ‘You’ll feel just a pinch.’ Then I felt, well, a chunk of my cervix cut out and screamed. He was like, ‘Shhh.’ So I cried quietly, and he looked up at me and said, ‘Why are you crying? There are no nerve endings on the cervix. I know you aren’t actually feeling pain.’”

“That was literal decades ago. I had hoped things had changed for women since then. Good to hear that old asshole doctor is still the norm. Cool. Real cool.” – u/notthefakehigh5r

“I got a LEEP procedure, and that was more painful than drug-free childbirth. I can feel my cervix descend before my period and I can feel the penis on my cervix during sex. Still, the doctor told me I shouldn’t feel anything. I had no sexual desire for months after the LEEP, and I talked to a lot of women who had the same procedure and some said they’re like that after years, or they feel pain or bleed during sex.”

“Why are they so set on ‘the cervix has no pain receptors?”’ – u/MarinaA19

“When I was 18, my gynaecologist’s office apparently forgot to tell me to take extra strength ibuprofen before my cervical biopsy – that’s the recommendation they use. I got the same ‘just a pinch’ spiel, and they decided it was worth it to just go ahead and do it anyway. (Surely, they had some ibuprofen they could’ve given me.) The sample the doc took got stuck, and he was yanking on it while it was still attached. The nurse who was with him had to grab and hold my leg because she saw I was about to kick him in the head.”

“I had done eight years of Tae Kwon Do at that point. I would have made an ass of myself. If doctors really think it doesn’t hurt, perhaps they should just shut up and deal with however we choose to express our clearly fake pain.” – u/asylum013

“I started bleeding when pregnant with my first and went to see my OBGYN at the hospital. She looked and said there were polyps on my cervix. She then told me to just hold the nurse’s hand and pick a spot on the ceiling, and she’ll cut them out real quick.”

“I honestly never thought to ask for any kind of pain meds for any procedure like this before. WTF is wrong with me and other women? We’ve been so brainwashed to believe that ‘it’s just a pinch’ and now drive home and go make dinner. I’m a medical professional and had to read a thread on Reddit to realise I need to advocate for myself, and I don’t need to be in pain during gyno procedures.” – u/CanadaOD

“My hysterectomy hurt so badly that they had to call extra people to hold me down on the table. I was screaming for help and ended up kicking my doctor in the face and breaking his nose – on accident of course, but honestly, he deserved it. He was literally torturing me and all he cared about was completing the procedure at any cost. I bled and was sore for nearly a month.”

“Something was very, very wrong with what he did, but I could never tell you what. I cannot believe they do that procedure without sedation.” – u/[deleted]

“I had no idea to expect pain for my colonoscopy. I thought that because they weren’t numbing anything, it must not be bad. I started crying and screaming, and I couldn’t keep my legs open. They ended up only doing a partial biopsy because I went hypotensive (blood pressure dropped). It angers me to this day.”

“I have also had three IUDs, and my blood pressure tanks from the pain every time. I have to be monitored.” – u/galumphingbanter

“I got put under to have my wisdom teeth removed, but nothing when I got my IUD put in. I literally screamed when they inserted it.”

“I’ve broken bones and have been in less pain.” – u/MissAnthrope94

“I had both an HSG and a saline ultrasound. I have high pain tolerance, and I was sweating profusely and extremely nauseous. I have never needed a few minutes before getting up, but I did that time – and that was with 800 mg taken beforehand that I learned I should take from the internet, not my doctor, who never said a word about needing pain medication.”

“I am absolutely blown away that a doctor can do that procedure hundreds of times a year – see hundreds of women crying, sweating, writhing in pain, and passing out from pain – yet no form of anaesthesia is ever offered. It’s fucking cruelty. They literally push a tube through your cervix. Why would they ever think this would be ok to do without pain control?”

“Five years ago, I had my first IUD inserted. I lucked out with a physician who insisted on the local anaesthetic for insertion and made me lay on the exam table for 30 minutes afterward for monitoring. They’ve moved on to another state so I had to find a new physician for my replacement IUD. When I scheduled the replacement, I specifically asked for the anaesthetic, and they stated they would make sure it was prepped for me. When I got there for the appointment, they told me that the anaesthetic was not prepared and it would ‘take longer to prep and numb you than to just insert the new device.’ Already strained, I buckled and allowed them to do removal and replacement without the anaesthetic. It was agonising. I complained with the office manager and asked to have my physician changed, but I was bullied out of that, too.”

“I had first asked after tubal ligation instead of an IUD and – though my physician was a woman, and I’m 37 with a 17-year-old child and no interest in more children – I got so bullied by her that I settled for another IUD. I’m autistic, so it’s incredibly hard for me to initiate care in the first place, and it’s harder to stand up for myself. It sucks.

When I went for the ultrasound follow-up two weeks after the replacement, the tech laughed and said, ‘They placed the IUD too low.’ When I asked what that meant, she said I’d have to talk to the doctor. Sobbing and horrified that I might have to go through this shit a second time, I demanded a doctor look at the images there-and-then. A much younger doctor examined my images and gave me the OK after advising that while the placement was lower than was common, my particular IUD doesn’t come with as long of an insertion rod. She explained that so long as the device was not in the cervix, and I was not bleeding or cramping or the device was expelled, I was protected. I hope to fuck she’s right, but as soon as I get past the trauma of the whole affair, I’m finding a new GYN and getting a second opinion.

Women are discriminated against to a revolting degree; disabled women are abused outright. It’s easy for people who are not me to say things like, ‘You should have said no,’ but I’m inherently conflict-adverse and anxious to the point of nausea at pushing back against authority figures, especially doctors. It’s really hard to self-advocate when you’re on the spectrum, and most people are confused about what that means.” – u/PansyAttack 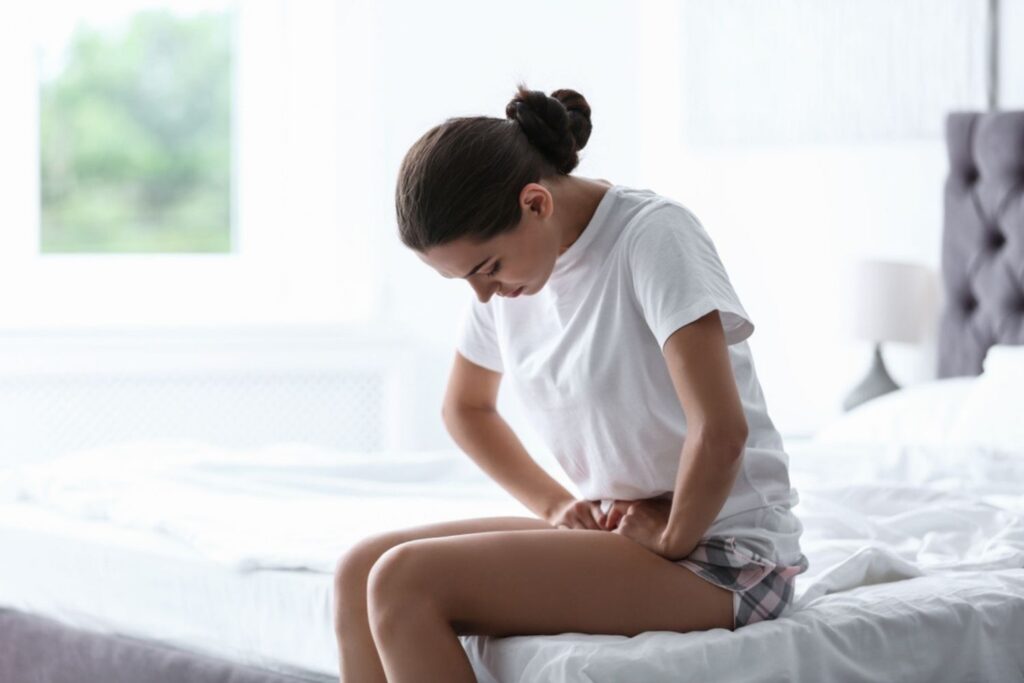