We Found Out If Weighted Blankets Really Work For Anxiety

We Found Out If Weighted Blankets Really Work For Anxiety

If you’re a connoisseur of soft and cozy things like me, then you’ve probably noticed Gravity Blankets, a Kickstarter byproduct that raised more than $4 million, invading your Instagram feed. With its backing, Gravity has produced a “premium-grade” weighted blanket—approximately made to reflect 10% of your body weight—that claims to be a drug-free, all natural […] 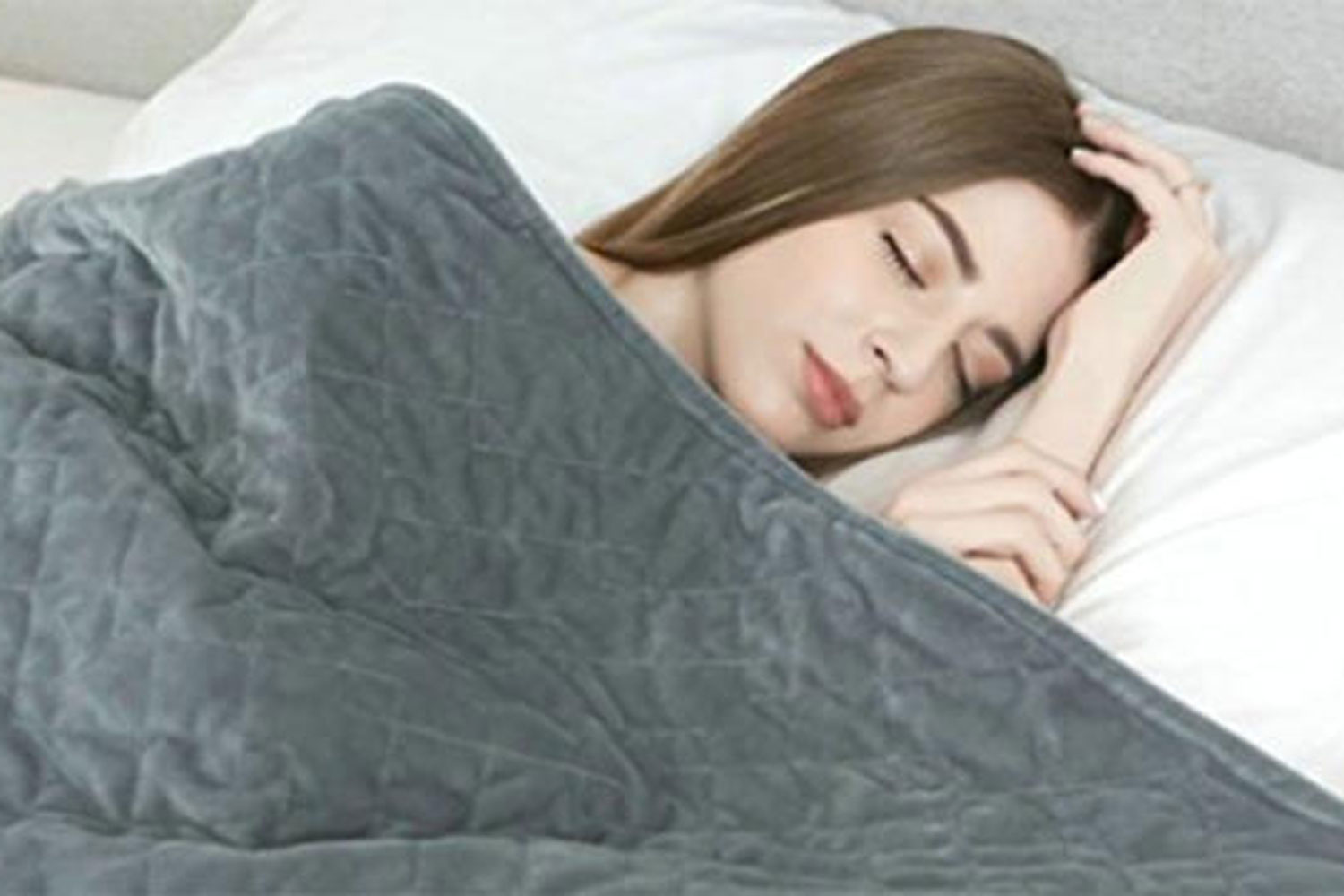 If you’re a connoisseur of soft and cozy things like me, then you’ve probably noticed Gravity Blankets, a Kickstarter byproduct that raised more than $4 million, invading your Instagram feed. With its backing, Gravity has produced a “premium-grade” weighted blanket—approximately made to reflect 10% of your body weight—that claims to be a drug-free, all natural solution to the Sunday scaries and other anxiety-driven ailments. Too good to be true? Let’s find out.

Weighted blankets themselves aren’t new. As a concept, they’ve been used by occupational therapists as a sensory integration solution to tame anxiety in children. The effect is similar to the weighted vest that soothes your jitters while sitting in the dentist’s chair. The distribution of proprioceptive input (or deep-touch pressure) provided by the blankets is said to reduce cortisol—the “stress hormone”—through pressure points throughout the body. This version of DTP increases our awareness of our body and its strength and function, and the result is calming, restorative, and therapeutic.

For adults, the marketable promises are similar: reduce anxiety, elevate serotonin levels, and promote a restful night’s sleep. One study found weighted blanket resulted in improved sleep time in insomniacs, also leading their subjects to wake up feeling “more refreshed” following a “calmer night’s sleep.” Yogis have long put their trust in weighted eye pillows to take savasana to its utmost zen—or, more clinically, stimulate the vagus nerve, which controls your rest and digest functions—so why not apply the method to other pressure points in your body?

RELATED: This Common Coping Mechanism For Anxiety Could Actually Be Doing You More Harm Than Good

Unfortunately, the news isn’t all good. Gravity’s uber successful Kickstarter raised brows when it claimed to “treat” a range of ailments—including anxiety, insomnia, and PTSD—and was challenged by STAT who found the “the science behind the blanket’s claims is scarce.” And many of the therapy professionals and scientists we reached out to cited “limited occupational therapy research on the effectiveness.”

All to say, it seems that sleeping under the additional heft might come down to personal preference rather than science. As LiveScience muses: “Scientific studies aren’t likely to change anyone’s mind about whether he or she personally enjoys snuggling with a weighted blanket.”

While the promise to “treat” or “cure” might not be the FTC-approved terminology for weighted blankets, the concept of a blanket that mimics the gently crushing pressure of a hug is a sleep aid we’re willing to give a shot. Here are some of our best picks if you’re planning to add a cozy weighted blanket into your sleep routine this fall.

RELATED: How To Help Someone Who Suffers From Anxiety and Depression

A silky quilted outer, and size and weight options make Weighted Idea’s blanket a winner for the taller- or smaller-than-average user. Three versions, ranging from 41” x 60” to 60” x 80”, take into account the proper distribution of the 10% weight rule across all heights and proportions. As one user claims, “My wife has bad very bad RLS and fibromyalgia. First night with this blanket was the first night she slept for more than five straight hours without waking up in pain.”

Made for children between 40-80 pounds, this lap-size blanket can also be slung across tired adult shoulders or over a fluttering chest for a quick re-centering ritual before bed. The effect is said to be so calming, that one reviewer claims they’ve begun using them at their dental office. They write: “In the past, we would use the x-ray vest to cover them for calming purposes, but it isn’t the most comfortable. We wanted something weighted that was warm and soft. The Huggaroo blanket fits our needs perfectly! We have had 3-year-olds fall asleep during dental treatment.”

5kg of stress-busting pressure is enclosed within this snuggly option that’s made with Brookstone’s signature NAP fabric—a cross between fleece, velvet, and faux baby polar bear, if you’re asking. The oversized throw also features a curved neck hemline, so you can tuck yourself in, shoulders and all. Some reviewers seemed bummed that the weighted pellets began to escape with time, but others claimed it did wonders for their anxiety, sleep disorders, and restless legs syndrome.

Kickstarter claims aside, the Gravity Blanket is pretty deluxe and comes in three weighted options: 7, 9, and 11 kilograms. Owners should buy the blanket that closest represents 10% of their body weight for a cozy fit. While pricey, the Gravity is designed for all-season use; you can remove the outer plush microfiber layer and sleep under the base during warmer months. However, the weight is calculated with a single user in mind, so you might need to buy a second blanket if you sleep with a buddy.