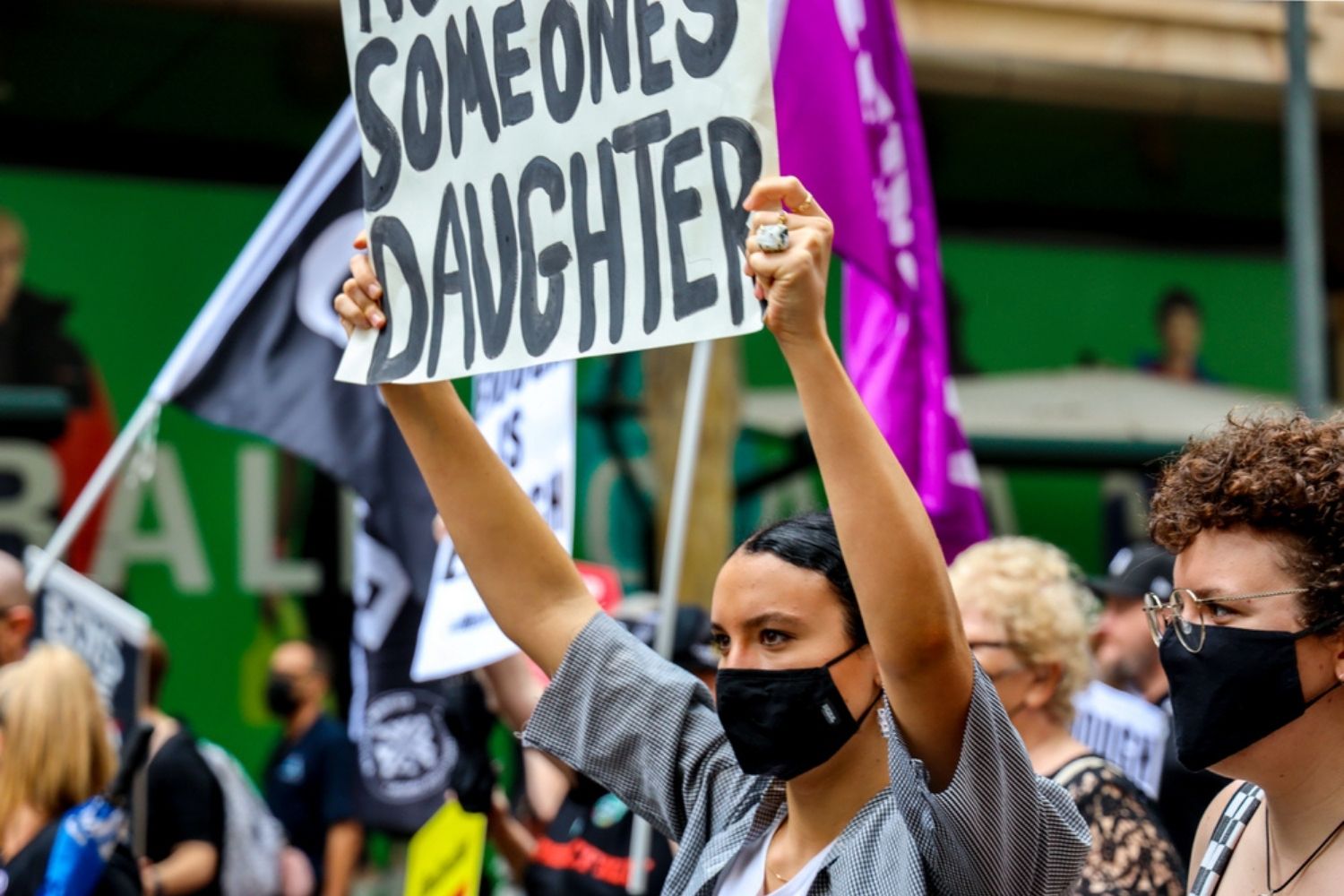 If you didn’t think women were still fighting for equality, protection and their own safety in 2021, recent news events would do much to quickly dispel such ideas. In Texas, a new law has been introduced which presents a near-total ban on abortions. Reactions were one of shock and distress, but even here on our own home soil, women’s issues continue to be steamrolled by a government that is out of touch, more prone to empty platitudes than it is real action.

Following the brave revelation by Brittany Higgins that saw the former Liberal staffer come forward with the allegation that she was raped by a colleague at Parliament House in 2019, Australians have waited for action to be taken and for those responsible to face consequences. Instead, weeks of waiting turned into months and despite triggering a #MeToo moment in Australian parliament, it’s been Higgins who suffered.

It makes this year’s National Summit on Women’s Safety all the more significant. Advocates have demanded a “sincere commitment” form political leaders in order to see a reduction in sexual, family, and domestic violence, while also calling on more funding to ensure education starts early to prevent such behaviours. Due to lockdown, the event has turned virtual, with women’s advocates, business and community leaders and experts in attendance. Discussions surrounding sexual violence, coercive control, financial and technology-facilitated abuse, sexual harassment at work, and violence against Aboriginal and Torres Strait Islander women have all been credited as being important discussions on the agenda. But already, many are questioning whether this summit is simply an opportunity for the government to put a band-aid on these issues.

Why was Britney denied freedom?
Why was Cosby granted his?
What was Brittany Higgins’ experience in parliament?
How did Pell get off?
How did Weinstein get away with his behaviour for so long?
What is grooming?
What is coercive control?

As ABC reports, on average one woman a week is killed by her current or former partner in Australia and approximately one quarter of women have experienced at least one incident of violence by an intimate partner. Aboriginal and Torres Strait Islander women are 11 times more likely to die from assault, and 32 times more likely to be hospitalised from family violence, with higher rates of violence linked to intergenerational trauma, colonisation and racism.

Conversations that take place at the summit are hoped to inform the next National Plan to reduce violence against women and children, following the expiry of the National Plan introduced by the Gillard Government next year. As the House of Standing Committee found, the rate of sexual violence is in fact increasing” and more needs to be done. Now, the government will draft a 10-year plan to “end” violence.

In an interview with ABC, Sally Stevenson, general manager of the Illawarra Women’s Health Centre, said she hoped the ideas put forward over the two day Summit see action taken on a political level. “We’ve learned through decades of experience what is necessary. Give us the money, give us the support, allow us to do our jobs, and we will change things,” she told the publication.

To see change, those in attendance of the summit have drafted a letter calling on the government to set a target to reduce current rates of domestic and family violence by 80 per cent by 2031. The group wants 20 “women’s trauma recovery centres” to be set up to offer “one-stop wrap-around” health and legal services to women traumatised by violence. Other imperatives include safe housing, funding a victim-survivors expert peak body to co-design policy, and undertaking a national study to delve deeper into perpetrator behaviour.

Scott has just finished his opening keynote address at the Women’s Safety Summit in which he appropriated private disclosures from survivors to leverage his own image.

Gee, I bet it felt good to get that out.

But if the opening keynote speech delivered by PM Scott Morrison is anything to go by, the government is still falling short. In his address, the PM shared repeated incidents of violence and sexual assault without apparent purpose, drawing fierce criticism from many including survivor activist, Grace Tame. Morrison expressed that he had received “hundreds of letters and emails” from women sharing their experiences or those family and friends, adding that some of these stories were “scarcely shared with anyone before,” and detailed “the most anguished and personal experiences of their lives.”

After a short disclaimer about “confronting material,” Morrison then proceeded to go into detail about some of the things Australian women of all ages had told him, speaking about a woman who had been suffering with her trauma for 60 years and one who had to sit metres away from her attackers in court to give evidence, only to be traumatised all over again.

As Grame Tame quickly noted, the PM’s inclusion of such traumatic experiences served only as a way of boosting his own image immediately after admitting the nation has a serious problem with gendered violence and inequality. Given that his speech was televised and it’s uncertain whether he even asked permission to share such stories, it’s hard to say who was benefiting from the PM’s address. We can only hope those who had shared their lived experience with the PM weren’t traumatised again by having their stories shared so publicly. Perhaps Brittany Higgins put it best in a Tweet that revealed the government’s “platitudes and warm sentiments” were at odds with their actions. It remains clear that as far as action on women’s issues is concerned, far more needs to be done.