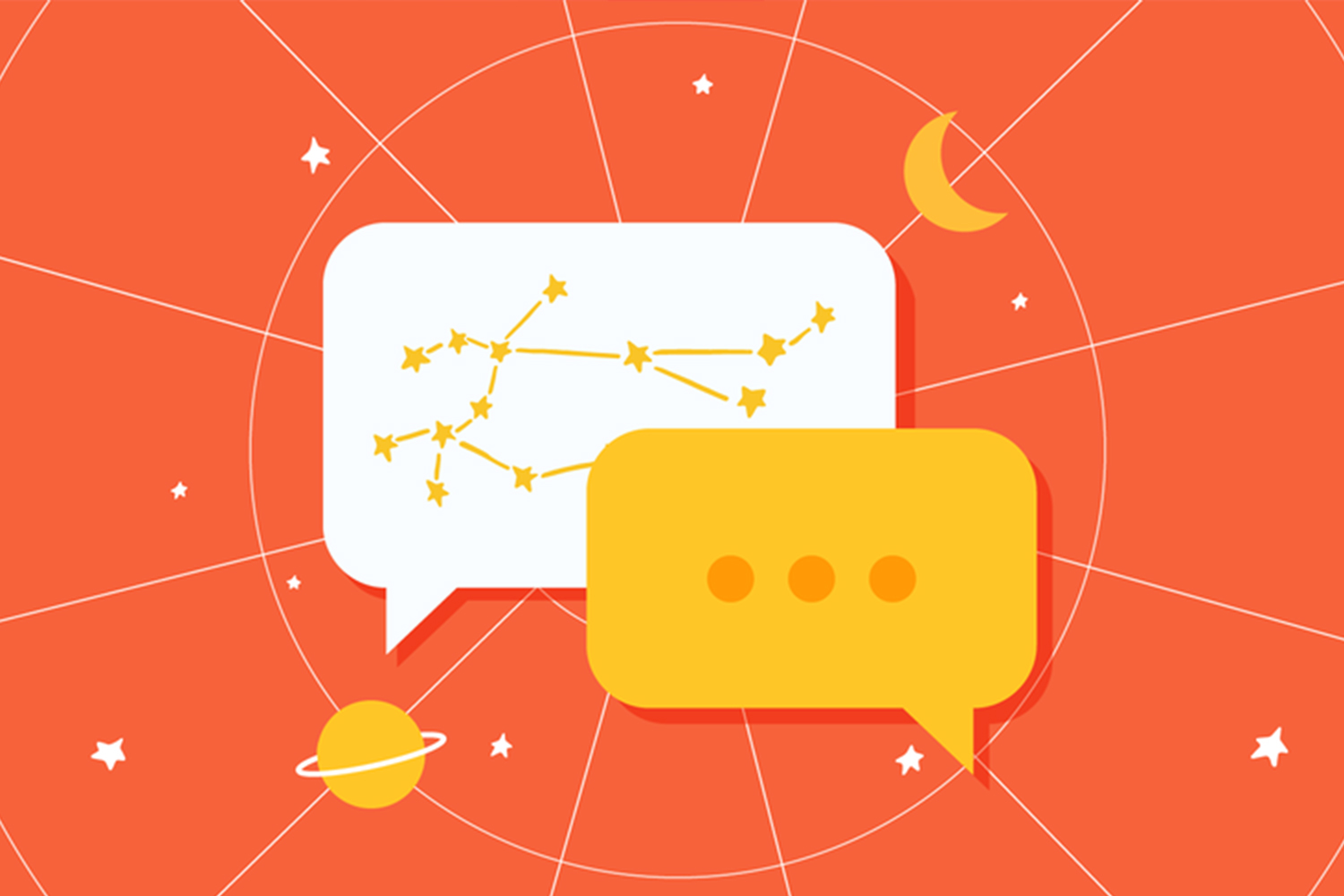 You’ll kick off December with a dreamy energy thanks to Neptune going direct on the 1st. Can...

Paralympian Olivia Breen Is Exposing The Double Standards In Sport

During competition, Breen was told by an official that her briefs were “too short.” Here’s what she had to say. - by Jessica Campbell 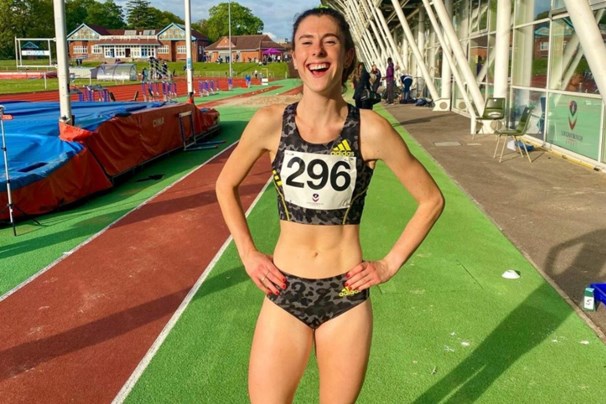 Despite the fact that Australia’s Olympic team boasts some of sport’s greatest stars and inspirational role models, the fact remains that here and around the world, double standards between the sexes continues to be an issue that proves particularly taxing in sport. From young women arriving to locker rooms that don’t have any sanitary products or bins, to male athletes running laps in nothing but shorts and a Garmin watch, women continue to be subjected to outdated gender norms, governing everything from the way they dress to their behaviour. Never has this been more explicit than a recent incident involving double Paralympic world champion Olivia Breen who was recently told her competition briefs were “too short and inappropriate” by an official while competing at the English Championships.

Set to compete at the Paralympics in Tokyo next month, Breen had just competed in the long jump when the outrageous comments were made. The briefs in question were official Adidas briefs for 2021, leaving Breen and countless others wondering if a male athlete would ever have been subjected to such comments.

In an interview with The Guardian, the 24-year-old who has cerebral palsy said about the incident, “I am always grateful for the incredible volunteers who officiate at athletics events. They do an amazing job and make it possible for us to compete. However, tonight I feel disappointed because just as I finished my long jump competition one of the female officials felt it necessary to inform me that my sprint briefs were too short and inappropriate. I was left speechless.”

She added, “I have been wearing the same sprint style briefs for many years and they are specifically designed for competing in. I will hopefully be wearing them in Tokyo. It made me question whether a male competitor would be similarly criticised.”

Breen won a bronze medal at the London 2012 Paralympics, as well as a world championship gold medal in the T35-38 4x100m class in 2015 and again in 2017 in the T38 long jump. Since the incident, she’s told publications that she new intends to make an official complaint to UK Athletics, adding that a former training partner raised the issue with England Athletics on her behalf but was yet to hear back.

“We were both outraged that in 2021 this approach was adopted by an official during a competition,” said Breen. “I have been really shocked by the number of female athletes or their coaches who have told me about similar incidents happening to them.”

The comment has now enraged the sporting world as female athletes speak out about the double standards rampant within sport. British shot putter Amelia Stricker spoke out in Breen’s defence, saying: “Female athletes shouldn’t be subjected to such criticism when there is already so much pressure on women to be “perfect”. We are there to compete. You don’t like the outfits? Don’t officiate. We don’t need officials adding unnecessary stress in those moments.” 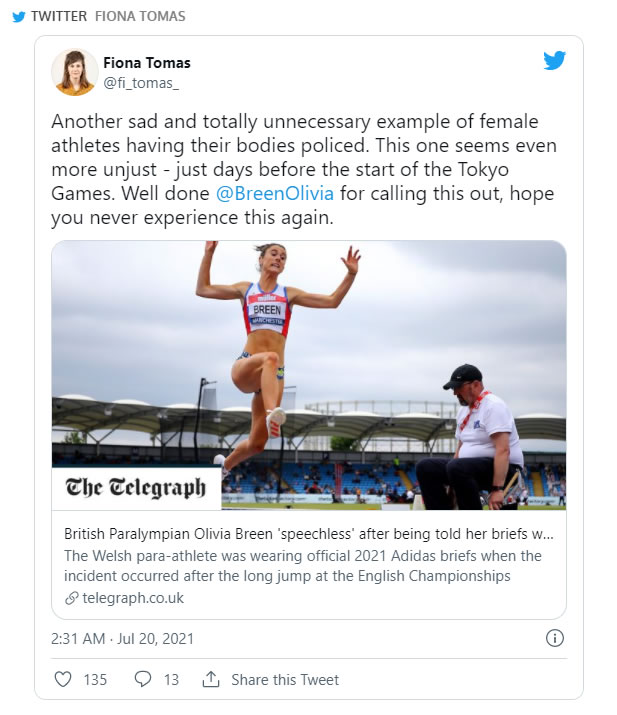 As Breen wrote in a post to Twitter, “Women should not be made to feel self-conscious about what they are wearing when competing but should feel comfortable and at ease.” 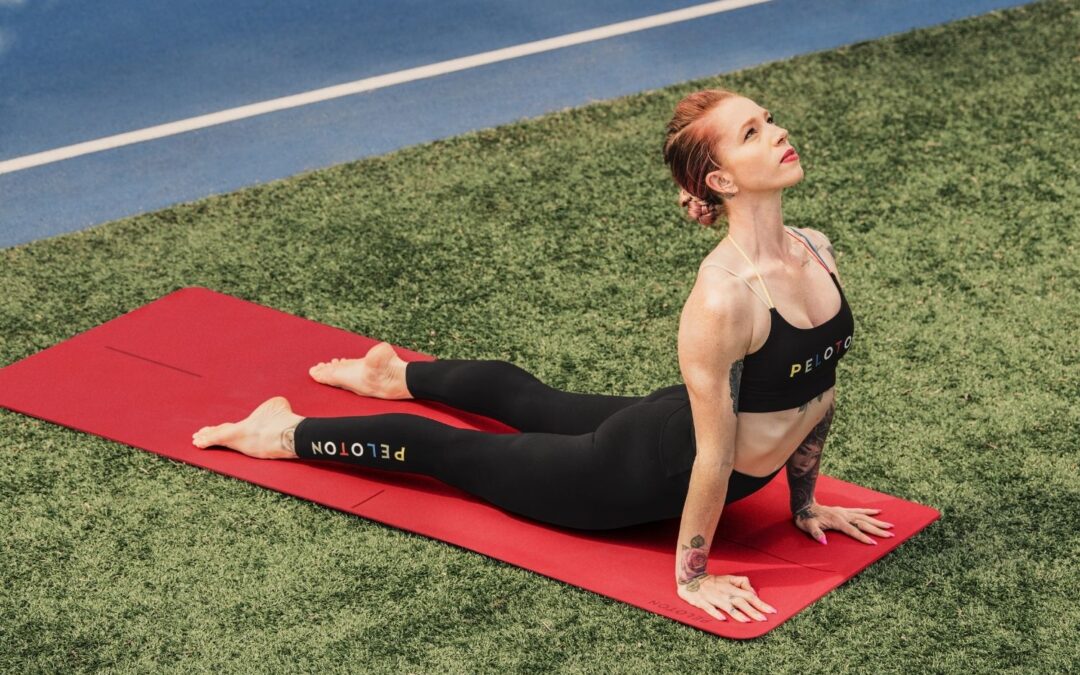 Even if you weren’t aware of the fact that it’s now December and the festive period is upon us,... 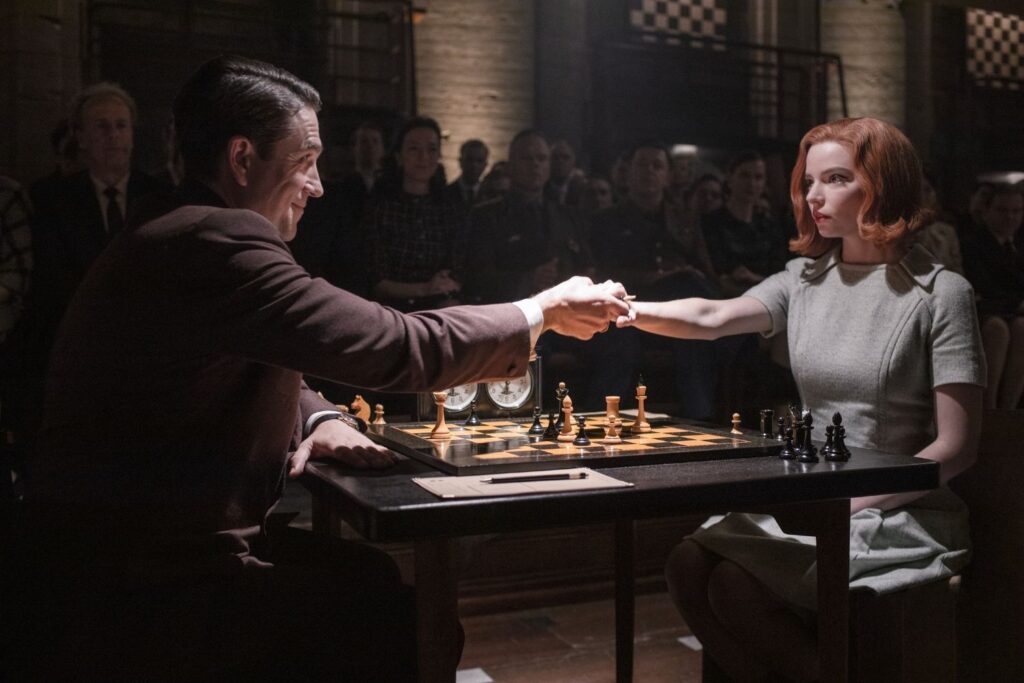