Megan Gale Opens Up About Her Heartbreaking Miscarriage

Megan Gale Opens Up About Her Heartbreaking Miscarriage 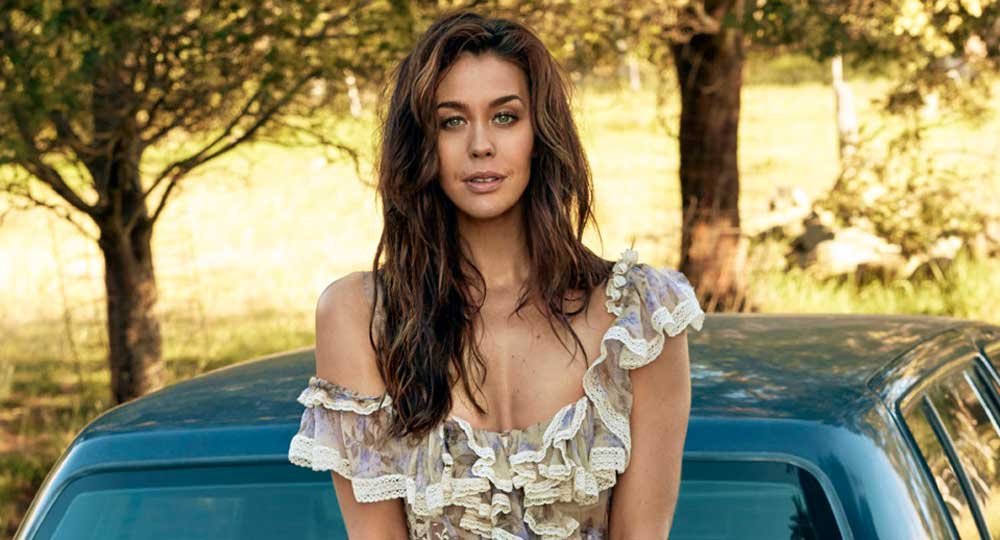 In her most honest interview yet, Megan Gale shares the highs and heartbreaking lows of the last year. But one thing’s for sure, she’s stronger than ever and ready to take on 2017.

For the first time, Megan, 41, candidly discusses experiencing a miscarriage while beginning work on her dream project Top Model.

“It took us six months with River…so we thought, let’s try around April and see what happens. I found out in May and I was so thrilled it had happened so quickly, and a little bit shocked. My body was [changing]…and I was hoping to hide it, but I felt very pregnant.”

And then Gale fell ill. “I had a cold, flu, I got laryngitis, I had a chest infection—it just got worse and worse. I was so bummed because I’d been so looking forward to doing this job and I loved working with Foxtel and loved the show… I wanted to be firing on all cylinders, and I was probably firing on half a cylinder.”

She explains, “I’m abit of a nerd in that I just love to be professional and do the best job that I can. But I thought, ‘It’s worth it at the end of it because I’m going to have this baby.’ ”

After a reassuring six-week scan, Gale scheduled her next obstetric appointment to fall just before she jetted to Milan with the final four Top Model contestants to film the semi-final episode. But, she says, as the weeks progressed, something didn’t feel right.

“I can’t put my finger on it—there was no physical change or a sign or symptom…[I wondered] if I was being overprotective and paranoid, or if something was wrong.” She recalls feeling “nervous and horrible” on the morning of her next scan, but “I just wanted to go and see that bub was okay.” She remembers, “I hopped up on the table and [my obstetrician] put the ultrasound on my tummy. He just kept moving it and not saying anything and I started to feel sick.” After also completing an internal ultrasound, her specialist broke the news. “He was quiet, and then he just said, ‘I’m so sorry, it’s gone.’ ”

Megan Gale opens up about her heartbreaking …

What followed was a harrowing sequence of events: an in-hospital procedure in Melbourne, before a rushed trip to Sydney, and then the long journey to Milan. “There was a risk of it getting out and spreading like wildfire, and I wasn’t prepared to deal with everyone knowing,” Gale explains.

“Anything surrounding your conception as a woman, as a couple, is extremely intimate, and it needs to be handled delicately…I feel absolutely passionate about it—especially now with what we’ve gone through—because I’d always get asked ‘When are you going to have a baby?’ And when I’d had River, ‘When are you going to have another baby?’ I lose count how many times a week—whether it’s in an interview, whether it’s friends, family, someone at the supermarketI don’t know… it happens [to women] everywhere. It’s such a personal question, and what makes it that much harder to answer is when you’ve been through some kind of hurdle with conception.”

With boyfriend Shaun Hampson and son River by her side, Megan tells InStyle Australia she’s focusing on “feeling healthy and great. I feel like 2017 is going to be great!”

The February issue of InStyle Australia is on sale now.