Unlike the royal couples in fairytales and Disney movies, for real-life Prince William and Kate Middleton (a.k.a. the Duke and Duchess of Cambridge), it wasn’t exactly love at first sight. In fact, when the royal couple first met at St. Andrews University, they became friends—nothing more. But after playing the long game for a year—including […] 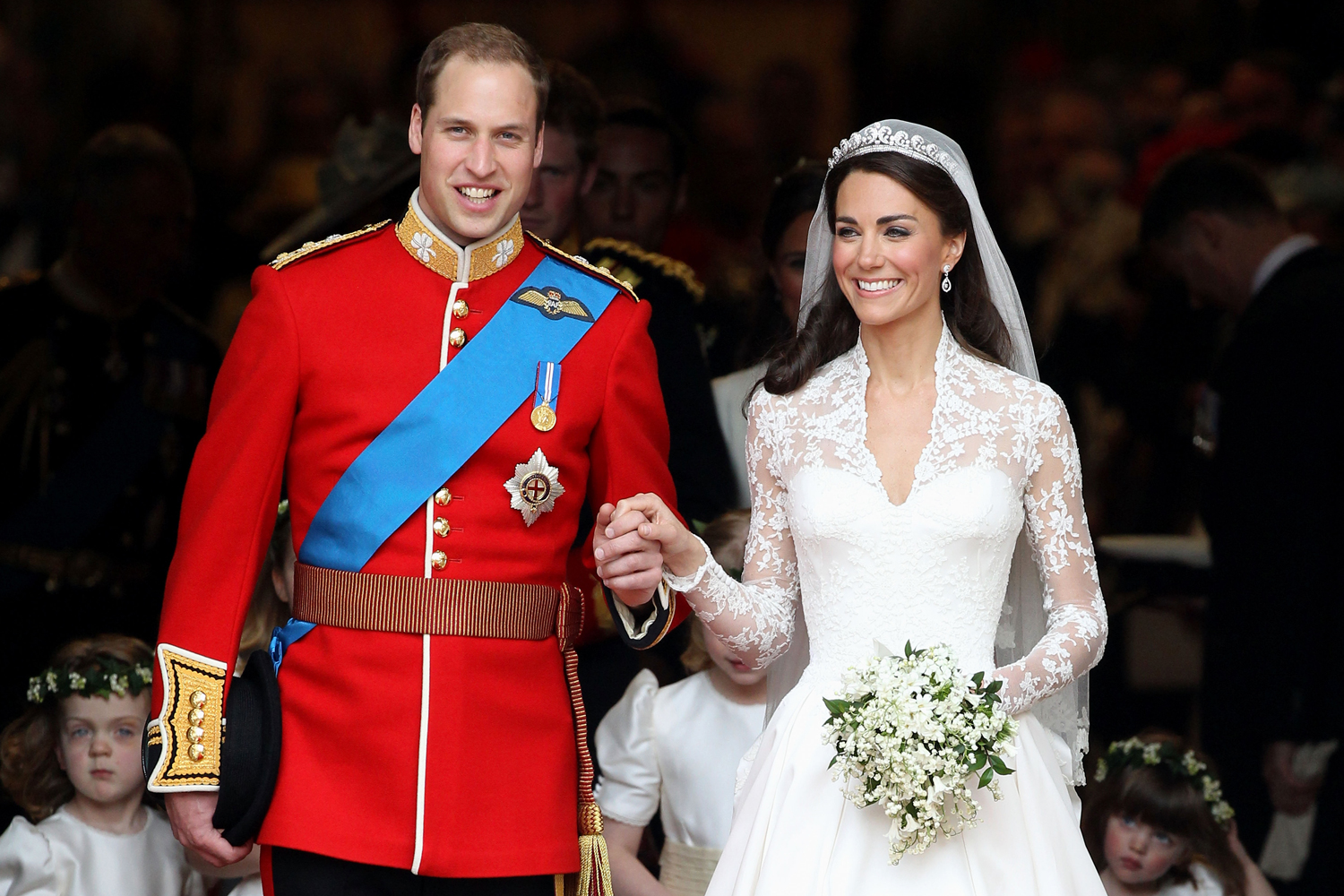 Unlike the royal couples in fairytales and Disney movies, for real-life Prince William and Kate Middleton (a.k.a. the Duke and Duchess of Cambridge), it wasn’t exactly love at first sight.

In fact, when the royal couple first met at St. Andrews University, they became friends—nothing more. But after playing the long game for a year—including the time they were, uh, roommates—the duo finally decided to make things official.

“Because we were living together—we lived with a couple of others as well—it just sort of blossomed from there, really,” William revealed in a post-engagement interview. (Slow clap for their roommates being cool with that.)

Despite a brief breakup—which William chalks up to being young students—and a recent cheating scandal I refuse to believe, it seems like this relationship has been smooth sailing, all throughout their engagement in Kenya, their #iconic 2011 wedding, and becoming the coolest parents to their three adorable kiddos.

But can you ever really know what’s going on behind closed doors—especially if those doors belong to a castle shielded by the Queen’s guards?

Well, you and I might not have a clue, but relationship expert Terri Orbuch, PhD, author of 5 Simple Steps to Take Your Marriage From Good to Great and professor at Oakland University in Michigan certainly does after the in-depth body language analysis she just did on the royal couple. Here’s the scoop:

RELATED: Here’s How Long You Need To Stay Married For The Bliss To Kick In

1. WORKING HARD? NOPE, WILL AND KATE HARDLY HAVE TO WORK AT THIS RELATIONSHIP.

“Ease and comfort oozes from this photo,” says Orbuch. The Duke and Duchess of Cambridge’s relaxed postures sh0w that there are no walls up between these two. Just look at how close together the couple is standing. There’s just a sliver of space between them, meaning they’ve maintained an intimate relationship throughout all these years.

Now, onto those giant smiles—here’s hoping they have something to do with William’s self-described dry sense of humour and Kate’s naughty one.

2. THE ROYAL COUPLE’S GOT THEIR SIGHTS SET ON THE SAME THINGS.

Knowing that, due to royal protocol, Will and Kate simply aren’t allowed to be touchy-feely with each other, Orbuch had her eye out for different cues, including their eye contact. While some couples might look ahead while walking, these two are totally locked in on each other. Orbuch is sure to point out Kate’s flirtatious side glance at her man (now, that’s the kind of side-eye you want).

Another positive was the couple being in step with each other, conveying that they have the same goals and are walking into the future together, according to Orbuch. D’aww.

3. THESE TWO COULDN’T BE MORE IN SYNC IF THEY TRIED.

Yes, there’s a ton of space between the royal couple here, and they’re not stepping in unison, but c’mon—even Orbuch couldn’t find anything worrisome about this moment. “Everything from their facial expressions, eyes, arm swings, and forward steps,” mirror each other, she explains.

Plus, there’s that sense of effortlessness tight-knit couples develop from spending a lot of time together. “Like the first photo, their body language reads comfort, ease, and enjoyment,” she says.

Orbuch’s mind—and eyes—went exactly where yours probably did. Just peep that gentle, gentle thigh touch! She says Prince William’s move points to how much he cares about Kate. According to Orbuch, his body language is communicating: “Whatever you’re saying or presenting, I one-hundred per cent support it.”

5…EVEN THOUGH HE DOESN’T ALWAYS AGREE WITH HER.

In a **shocking** turn of events, this photo doesn’t exactly scream “unison” to Orbuch. “Although it doesn’t display anger or unhappiness, it appears that William is not agreeing with or is confused by something Kate is saying,” she explains. It doesn’t help that he’s not making eye contact with her, either—something she’s seen them do before.

“Kate, on the other hand, is firm and strong about whatever she’s saying,” says Orbuch. Though not affectionate, this moment only proves to Orbuch that this couple, like any healthy pair, has their disagreements.

6. ULTIMATELY, THE DUKE AND DUCHESS ARE IN THIS TOGETHER.

“[Prince William’s] hand on [Kate’s] back reads gentleness, respect, and admiration,” says Orbuch. That, plus their walking together into Westminster Abbey, is a “display of unity and togetherness” just one month before Kate gave birth to the couple’s youngest, Prince Louis.

And btw, the fact that they’re both wearing blue takes this whole thing up a notch since a) the couple is matching, and b) blue symbolises loyalty and stability. (The more you know, amirite?)