Once upon a time, working out involved walking into a gym, doing your thing, then leaving to go about the rest of your day. The only person you’d talk to might be the receptionist or the guy hogging the rowing machine. But, that storyline is over.  For many, fitness has evolved into an opportunity to meet people – […] 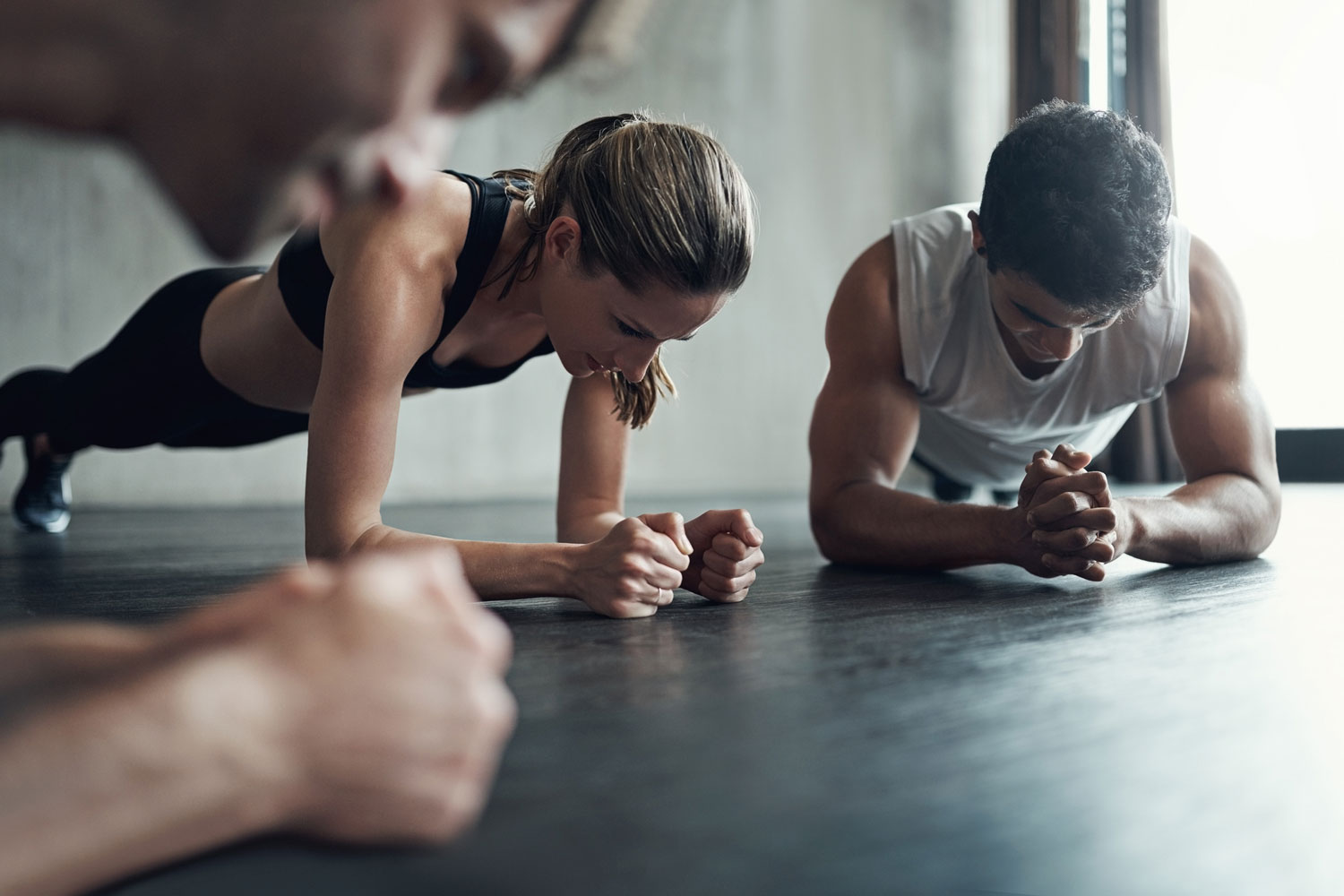 Once upon a time, working out involved walking into a gym, doing your thing, then leaving to go about the rest of your day. The only person you’d talk to might be the receptionist or the guy hogging the rowing machine. But, that storyline is over.

For many, fitness has evolved into an opportunity to meet people – new mates, sure, but increasingly, romantic partners. In the past three years alone, at least half a dozen dating apps (of varying quality) have sprung up to match users based on workout pursuits, such as Sweatt and Datefit. In the US, wellnessthemed social clubs, including Wellvyl and Racked Fit Club, host speed dating and singles events, while in Oz, BUF Girls has hosted singles event Fit 4 Love in Bondi two years running. In 2017, a survey by fitness site ellipticalreviews.com found one in four people who struck up a flirty convo at the gym ended up in a relationship with that sweaty stranger.

Of course, sheer convenience plays a role in the trend. It makes sense that as we amp up the time spent being active (61 per cent of Aussie women and 57 per cent of men exercise at least three times a week), we may have less time for standard socialising, dating included. Combining the two worlds could be, to put it unromantically, a way to optimise your jam-packed schedule. But there’s also a much bigger current at work: the ability to handpick a partner who values healthy living – and enjoys the same sweat escape as you.

Part of the draw of fitness familiarity is based in human instinct. Subconsciously, we like people who are similar to us more than those who aren’t. We’re wired to crave comfort, and sameness breeds that. “But we also seek validation, which is easier to find with a person who shares our specific interests,” says Theresa DiDonato, an associate professor of psychology at Loyola University Maryland. The data proves it: 83 per cent of people who regularly exercise want a mate who’s equally active, reveals a 2018 survey from online-dating service Zoosk. Take Abby Margulies, 35, a communications professional who met Charles while rock climbing – a sport she’s loved since uni. They started out as friends, both dating other people. But after seven months of hanging out, they couldn’t deny their chemistry. Once single, they finally got together, and five years later the two are married (and still belaying).

RELATED: This Is The Most Popular Way To Meet A Partner

There’s science to explain the spark.

Abby’s experience confirms a fascinating theory: if you sweat in a room with someone you find attractive, you’ll likely be even more turned on than if you were just standing behind them in line at a cafe. It’s not just the pheromones (hormonal scent signals) in sweat that get you going, though research has found that’s part of it. “When your body is physiologically aroused, like during a workout, any emotions you’re feeling are intensified,” explains social psychology professor Madeleine Fugère, author of The Social Psychology of Attraction & Romantic Relationships. Studies suggest that’s because our brains can’t tell the difference between excitement from exercise (a quickening pulse, flushed cheeks, clammy palms) and from sexual desire (a quickening pulse, flushed cheeks, clammy palms), so the first gets interpreted as the latter. Just ask Alyssa Simm, 26, an account manager and marathon runner who met Jeremy, an avid tennis player, through the Sweatt app. “I found him cute and smart, and I felt immediately at ease because he understood my wakeup-at-five-and-run lifestyle,” she says. “But when we went to the gym together very shortly after our first date, he suddenly became this insanely hot guy I needed to see again. As I watched him push his body, I wanted to get closer to him.” And that’s exactly what she did. They now live together after two years of going strong (in every sense of the word).

And that solid bond is more likely to last, too.

Good news for Alyssa: the hearteyes effect from fitness doesn’t vanish once you become an established twosome. Those who regularly participate in physical activity together actually report greater feelings of relationship satisfaction and being in love, research shows. (By the way, the benefit still stands if you linked up a while ago but only recently started sweating as a pair.) You’ll also have a better shot at forever. Experts say that couples who have similar worldviews, an interest in health and fitness included, are more likely to last in the long run, and 64 per cent of married couples believe shared interests are more important than any other factor for a successful marriage, according to Pew Research Center. “Sharing something that holds deep meaning to your identity can help create a solid foundation for a long-term relationship,” says DiDonato.

Here’s why: you have an activity you can truly enjoy together and fall back on when things get tough (unlike, say, dragging them to your touch footy game, or begrudgingly going flat-pack shopping with them). And when it comes to fitness specifically, “you’re constantly encouraging each other to challenge yourself and do your best, which strengthens your mutual support system”, she adds. Veronica Bertrand, a 28-year-old teacher, can attest. She met her now-fiancé at her CrossFit box, where he proposed three years later. “When we hit a rough patch, it was attending the same CrossFit events and connecting with the same circle of friends that reminded us that we met for a reason,” she says. “Most people spend time away from their significant other and do their own thing when they argue, but doing our own thing was doing the same thing. [So] we never had a chance to grow apart.” That support system pays off for your body, too. Married pairs who started a yearlong exercise program visited the gym 14 per cent more frequently and were 37 per cent less likely to drop out than spouses who worked out solo, found a study in The Journal of Sports Medicine and Physical Fitness. So if you want to hit your personal goals, find someone who shares your passion and you’ll pave your way to a happy, healthy ever after.

RELATED: 10 Signs You And Your Partner Are A Great Match