Around the world, women are collectively mourning the passing of the most extreme abortion law in the United States. 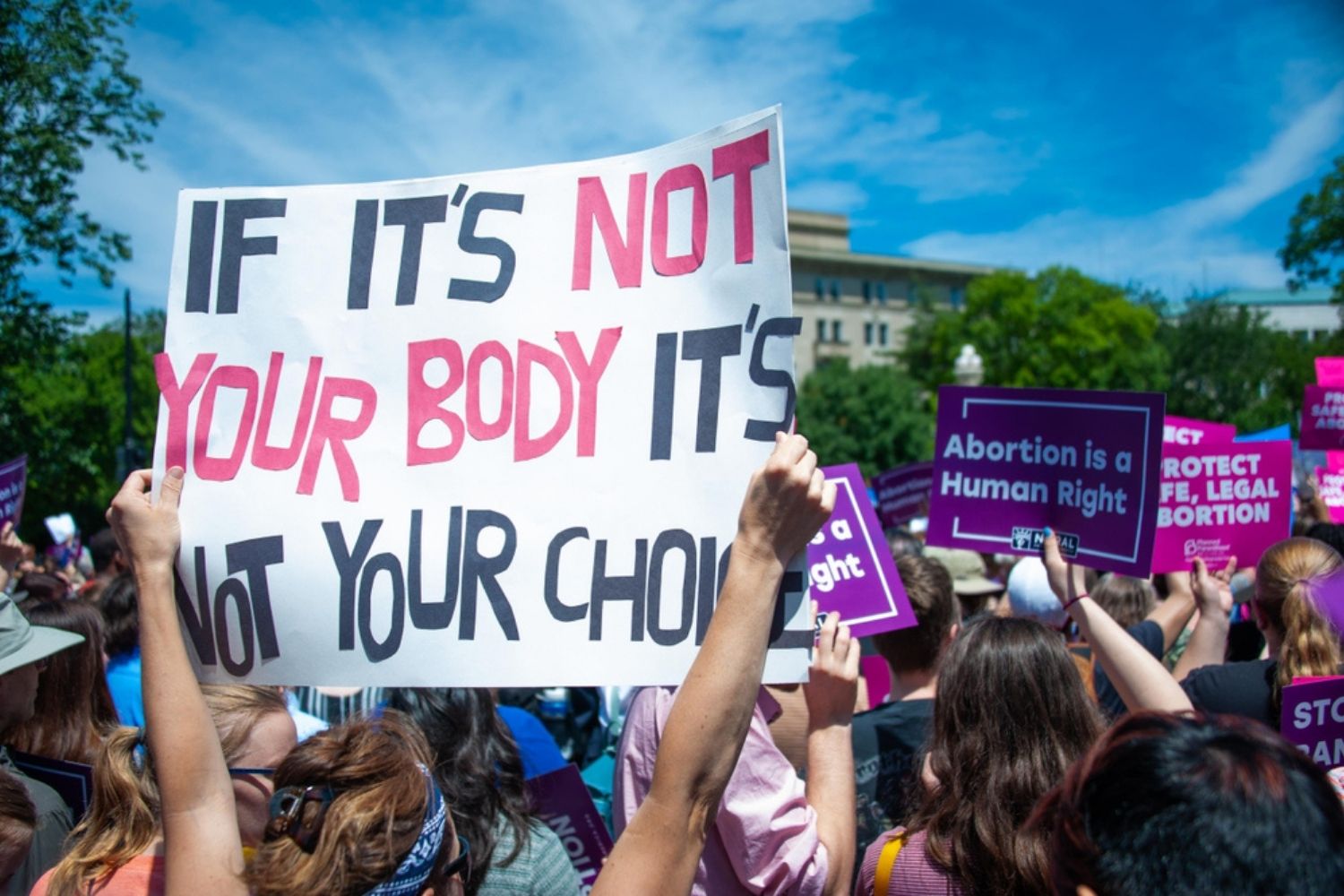 It’s hard to believe that in 2021, women are still fighting for autonomy over their bodies. Any momentum protest marches and women-led movements may have made over the years seemed to dissipate with a single headline pertaining to a Texas abortion law that restricts and effectively bans the procedure at as early as six weeks of pregnancy. The law went into effect this morning after the Supreme Court failed to intervene, despite the 1973 decision that established a constitutional right to the procedure. As a result, it marks the most restrictive law regarding access to abortion services in the United States.

To understand why the law is such a cruel one, it effectively bars abortions once cardiac activity can be detected in the embryo, which typically occurs around the sixth week of pregnancy. For any woman, this is an incredibly early mark and most don’t even know that they’re pregnant at this point. By the time a pregnant woman misses her period, she is four weeks pregnant according to doctors. Under the new law in Texas, a woman would have only two weeks to recognise her condition, confirm the pregnancy with a test, and then proceed to make a decision about how to manage the pregnancy and obtain an abortion. Given that some women don’t track their periods carefully, don’t have access to tracking or simply have irregular cycles, it becomes incredibly challenging.

In an interview with New York Times, Dr Jennifer Villavicencio, lead for equity transformation at the American College of Obstetricians and Gynaecologists, explained: “It is extremely possible and very common for people to get to the six-week mark and not know they are pregnant.” Dr Villavicencio acknowledged that the cardio activity detected and stipulated in the Texas law isn’t actually a true heartbeat, but rathe the result of electrical activity. The sound does not indicate the pregnancy is viable and the valves of the heart are yet to be formed. “Forcing them to find out about a pregnancy and make a decision about how to manage it in a short period of time is antithetical to ethical care,” she explained.

Most shockingly, the law does not make exceptions for rape or incest. While abortions are permitted for health reasons, the exceptions are narrowly drawn and termination is only allowed if the pregnancy could endanger the mother’s life or lead to “substantial and irreversible impairment of a major bodily function,” according to Elizabeth Nash, state policy analyst. As well as this, private individuals – including anti-abortion activists with no connection to patients – can sue anyone who they believe is providing abortion or assisting someone in accessing abortion after six weeks, including the likes of health care workers, clergy and rideshare drivers. Aside from allowing such law suits, the law looks to actively encourage them by allowing these private individuals to act as bounty hunters, rewarding them upwards of $10,000 if they are successful.

The impact of the new law imposed in Texas can’t be underestimated. Many Texans will be forced to carry pregnancies against their will, while Black and Latinx people will be disproportionately affected. As writer, activist and Shout Your Abortion campaign co-founder, Lindy West, explained on The Daily Show, “Anti-choice people are not trying to stop abortion, they are trying to legislate who can and can’t have abortions. Because, conservative politicians – their wives and mistresses and daughters will always be able to get an abortion somewhere.”

West added, “All anti-choice rhetoric does is keep people trapped in poverty for generations. That’s the goal and if it wasn’t the goal they would spend their time and money on comprehensive sex education, free birth control, and free contraception.”

To support women in Texas who will be directly impacted by the abortion ban, join the Planned Parenthood campaign to add your name here. The open letter reads, “My health, my abortion, my body is MY business. No one else’s. I won’t stand by while our right to control our own bodies is taken away. Not while state legislators across the country are passing a record number of abortion restrictions.” It concludes: “Together, we say: Bans off my body.”

You can also sign the pledge to call on leaders nationwide to say “no” to abortion bans by texting SB8 to 22422 or visit the website here.

A gift can be made to Planned Parenthood to support patients by making sure they know their options, by directly funding access to abortion out of state, and by fighting in court to overturn this assault on our most basic rights. Text “Texas” to 22422 or visit the website here.