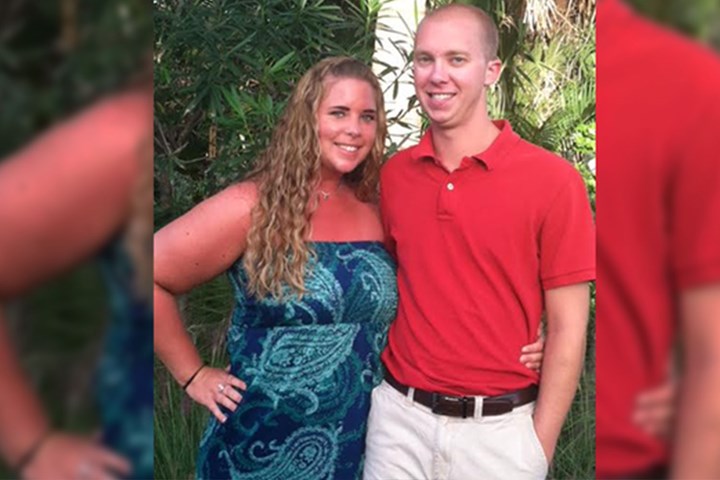 I grew up in a home that did not put a focus on healthy eating habits or the importance of physical activity. I played sports when I was younger, but once I grew into my teenage years, I gave those activities up, turning to a “party” lifestyle and was more focused on being social. As a teen, I really started to gain weight and used food as a form of comfort. I remember eating a bagel and French fries every day for lunch in high school, a carb-filled dinner, and the worst was my snacking. My sister worked at a pizza parlour, so when she would come home from work late at night, she would bring all of the leftover goodies and I would snack on them—sometimes, I’d even wake up in the middle of the night just to eat them. To make matters worse, I wasn’t exercising at all. These awful habits stayed with me into my mid-twenties. Around July of 2012, I reached my highest weight of 138kgs and decided enough was enough.

RELATED: How This Aussie Woman Lost Almost Half Her Body Weight

I remember very vividly sitting on my couch one evening, home alone, looking down at my body and thinking to myself, “I am so uncomfortable just sitting on this couch. There is something very wrong with that.” It was then that I began to realize how uncomfortable I was with nearly everything in my life: my body, my lifestyle, making friends, being sick all of the time, fitting in seats, being constricted to only buying “plus-size” clothing, and the list goes on and on.

I began my transformation that July. I made very subtle changes at first, such as cutting out soda and fast food. After three months of that, I began seeing changes in my body and health. That’s when I started to limit the “white” carbohydrates and sugar. I focused instead on consuming lean meats and whole foods.

When I first made these changes, I normally ate a banana for breakfast, a homemade smoothie and some raw veggies for lunch, and dinner was usually a lean meat, vegetables, and some sort of whole grain. Snacks consisted of yoghurt, a small piece of dark chocolate, and sugar-free Jello. After eating this way for about three months, I lost about 14kgs. More importantly, I was feeling better! Once I got past the three-month mark I continued eating this way. The more I educated myself on nutrition, the better decisions I was able to make about my eating habits.

I began exercising at the same time I changed my diet in July 2012. The only thing I really could physically do at the time was walk, so that’s what I did. I began walking around my neighbourhood four times a week for about 40 minutes each time. I did this for about four months and lost 35 pounds at that point. Once my cardiovascular health improved, I completed walk/jog intervals. I started with only being able to run for two minutes and then walk for five minutes, which I repeated for about 45 minutes four times per week. Each week, I was able to gradually run more and walk less.

After those four months, I decided to join a facility that taught a variety of classes. I always loved dance, so I started taking Zumba four to six times a week. After six months of that, I really started seeing significant changes in my body—I lost another 40 pounds and even had to start buying a new wardrobe. As my confidence grew, I started incorporating barre, Pilates, kickboxing, and strength training. I rotate between all of these workouts, taking six classes per week, all of which are 60 minutes long.

By January of 2014, I’d lost 50kgs, and began graduate school full time (on top of my full-time teaching job), which was a huge time commitment. I promised myself my workouts wouldn’t take a hit, so I began using Jillian Michaels’ workouts via FitFusion. I wasn’t thrilled with the idea of workout out at home, but I fell in love with the programs, especially 30 Day Shred! This total-body workout is 38 minutes long, and mixes cardio and strength exercises throughout. Doing this two to three days per week in addition to my other workouts helped tone my loose skin. By June of 2015, I was down 77kgs.

This was the only attempt I’d ever made at losing weight, and it worked. I think it’s because I was mentally ready to do this for myself, rather than for a loved one or special event. What keeps me from going back to the “old me” is realising how much better my life is now.

The key to staying on track is planning. I plan and and prep meals ahead of time and freeze or refrigerate them. I also like to keep quick, easy options on hand at all times, such as Ezekiel muffins and almond butter, and hard-boiled eggs. I also stick to a rule of six workouts per week, no matter what my schedule looks like.

The biggest reward of losing this weight has been living a happier and more fulfilling life. Losing this weight has driven me to pursue other goals of mine outside of health, such as getting my master’s degree and becoming a school administrator. I realized that anything I truly put my heart and soul into, I can achieve.

My one piece of advice to those trying to lose weight is to stay consistent. Stay consistent with your food choices and your workouts. Do not let excuses get in the way of your goals!

As told to Danielle Page. This article originally appeared on Women’s Health US. The sweet health promises of juice cleanses have proven to be anything but. So why is this debunked diet method back on our social feeds? The experts remind us of the dangers. 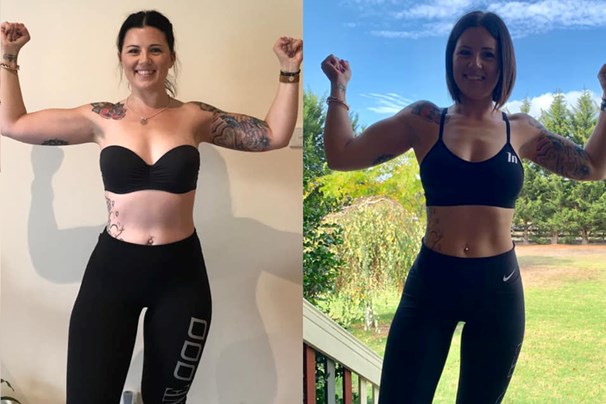 How one Victorian mum lost 7kg - and a lack of motivation. 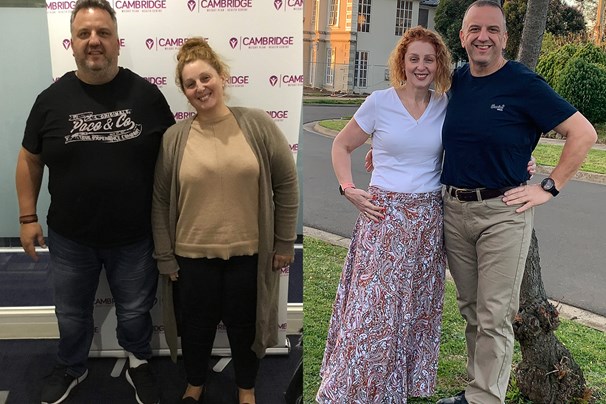 They said having a diet buddy was crucial. 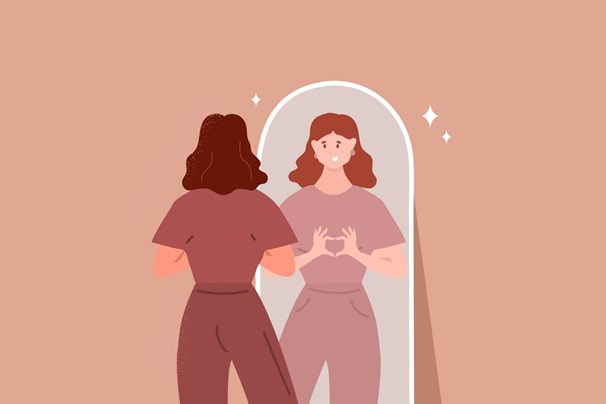 After years of social conditioning where diet culture reigned supreme, finally social media platforms are catching up to modern times. 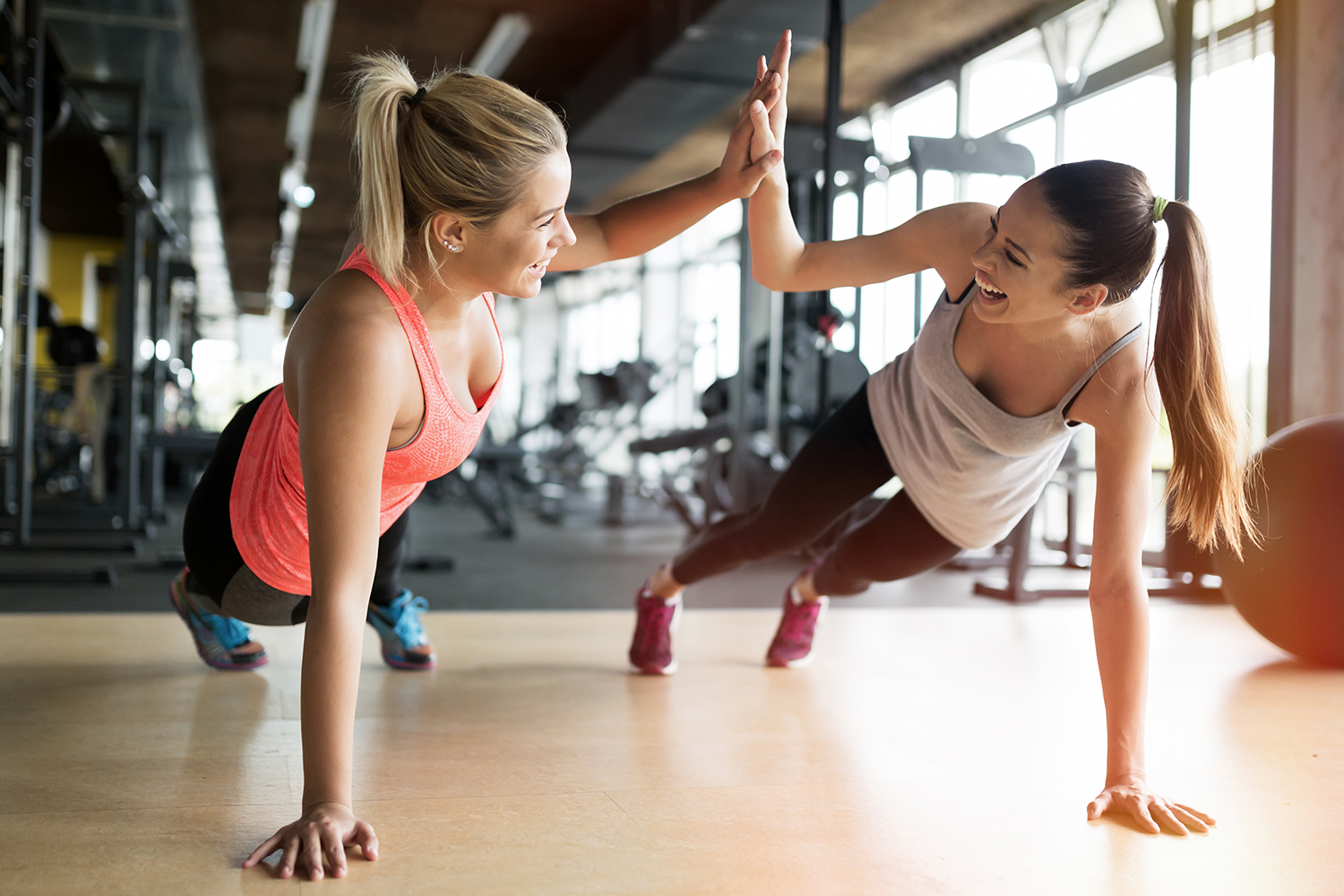