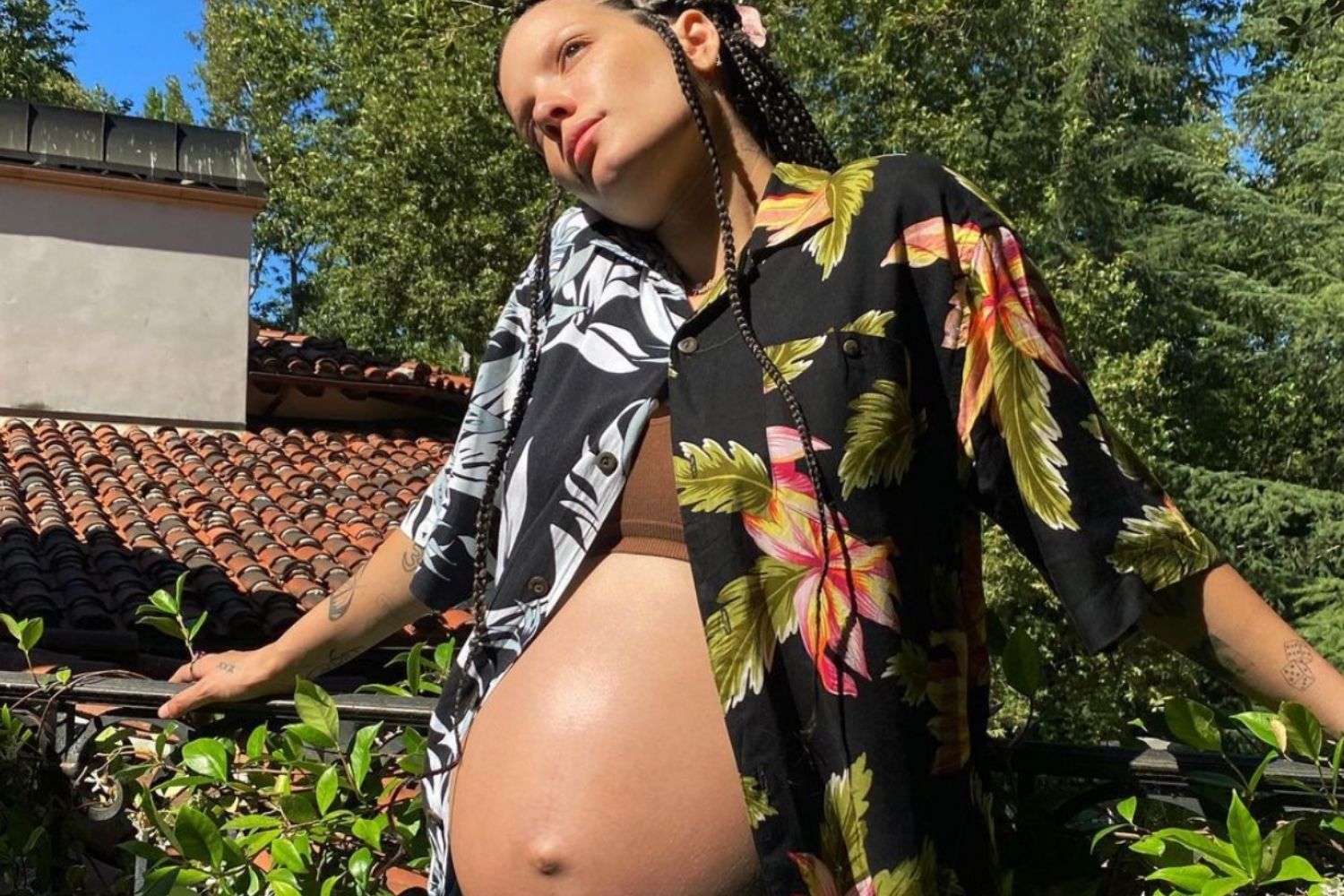 Even if not from their peers, the internalised beliefs we hold as women to look a certain way or be a certain size are so entrenched that for new mums, navigating the postpartum body can be a particularly challenging time. As anyone can attest, motherhood is a time of great change; one that sees the body do miraculous things. And while it’s a time to look favourably at our bodies and praise it for the strength it has shown in bringing new life into the world, for some the voice in their head that demands they “snap back” into shape with urgency can be hard to ignore. It’s something singer Halsey wants to talk about, following an incredible performance on Saturday Night Live that saw their vocals not only praised, but their body too.

Halsey noted that it was a little “weird” to get so many compliments on their body after appearing on the show, having given birth to son Ender in July. Taking to Instagram, they shared a number of honest, behind-the-scenes images of their postpartum body and the very real changes it has gone through in their pregnancy journey. “I am posting this because no matter what I do people are going to talk about my body. It is [a] confusing symptom of being in the public eye so rather than complain I am going to give you something real to talk about!”

The 27-year-old singer continued, “I did SNL two nights ago and a lot of people were quick to say how good I looked. That was a weird feeling. My body has felt like a stranger’s for a long time. I uphold myself to honesty to the point of over sharing sometimes but this feels important.”

Halsey went on to explain how the first picture was taken just a few days after giving birth, a time where they still looked “pregnant for a while after”. They added, “It is still changing and I am letting it. I have no interest in working out right now. I’m too tired and too busy playing with my darling son.”

By sharing the images and opening up about their postpartum body, Halsey is encouraging other women to be kind to their bodies and what they have helped them do, but to also stop comparing their bodies to others. They reminded their fans that such compliments received after their SNL performance were largely due to the fact they have a makeup and design team at their disposal. “The body behind all those compliments the other night was wearing a custom tailored outfit and lighted perfectly after much testing, so I could feel good and do my job,” they said. “I do not want to feed the Illusion that you’re meant to feel and look ‘great’ immediately postpartum. That is not my narrative currently. If you’ve been following me because you’re also a parent and you did what I’m doing, please know I’m in your corner.”

“I will never have my ‘pre baby body back’ no matter how it changes physically because I have now had a baby! And that has altered me forever; emotionally, spiritually, and physically,” said Halsey. “That change is permanent. And I don’t want to go back! But in the spirit of honesty, I’m really tired and not a superhuman and this is really hard. Doing my best to serve my art and my family whilst keeping it all so very real.”