If you didn’t know the name Gronya Somerville pre-2021, you’d certainly know it now. Fighting her way alongside doubles partner Setyana Mapasa to the quarter-finals of the Tokyo Olympics, the pair showed a strength that made their Aussie viewers back home incredibly proud. “We were meant to go to the Rio Olympics but my doubles partner changing from representing Indonesia to Australia a few years prior meant that the Rio Olympics was 80 days before we were technically eligible to be invited-so that was a big setback for us,” Gronya tells Women’s Health. “Because of COVID the Tokyo 2020 Olympics qualification period was very stressful with so many unknowns, but we made the most of it as best we could and over the extra year we developed new skills and got fitter and stronger so were overall better players when the Olympics came around in 2021.”

But making the most of it is something Somerville has become accustomed to, especially as her late start in badminton at the age of 12 – when most professional players pick up a racket at about 5 or 6 – meant years of catching up, and a lot of growth in a short-er amount of time.

“I found badminton by chance through a Talent Identification and Development Program when I was 12 years old. I went to a fitness try-out day for the program and at the end of all the fitness tests we had a hit on court with some of the National players. When I stepped on court that first day, the player I was hitting with started doing some between the leg and around the back trick shots and I thought it was the best thing ever and fell in love with the game right then and there,” she explains.

“Since that day I became obsessed with training and improving as a player as quickly as I could. The game itself is fast-paced, with the fastest smash recorded at 493km/h, meaning we have to have super quick reflexes and be very agile, there’s a huge tactical and technical component to the game as well which means we never get bored in training as there is always something different we can be working on.”

So what exactly does training look like for a pro Badminton player? Gronya explains below.

Training for the Olympics took up 21 hours a week.

“Our immediate preparation before the Olympics was a bit of a rollercoaster with all the lockdowns throughout Australia. It meant we had a lot of training camps and tournaments cancelled in the lead-up and that I couldn’t train with my doubles partner before we got to Tokyo as she was stuck in Sydney. But I just tried to focus on what I could control in my own training and prepare the best I could and was just so excited to get the opportunity to go to the Olympics that nothing else really mattered in the end.

“My training regime was the hardest it had ever been leading up to the Olympics. For the few months before it, I was training around 21 hours a week. This included 2hrs of on-court training each weekday morning, 2hrs afternoon court training on 3 days, 2x 1.5hr weights sessions in the gym and 1 bike session usually of short intervals for 45-60mins.

“I was really impressed with how my body handled the training volume as I am prone to injuries. I think the huge training block thanks to COVID and not being able to compete in tournaments meant that I was able to build a really strong base and gradually ramp up my training to this load over time. Whereas typically our schedule is very up and down with tournaments every few weeks and big variations in load week to week so it is hard to maintain such a high volume.

She east a mostly plant-based diet.

“I eat a mostly plant-based diet and with such a high training load, it’s important for me to meet all my protein, carb and nutritional needs while still enjoying my food and eating in a way that serves me. Leading up to the Olympics one of the constants in my shopping basket was the My Muscle Chef range, as they offer delicious and convenient vegan meals and snacks to choose from. Their vegan meals take a lot of the guesswork out of mealtime and make it super easy to meet those nutritional goals. Their newest meals have at least 20 grams of protein which is awesome – my favourites at the moment are Mexican superfood bowl, Moroccan chickpea tagging with tofu, pumpkin and couscous and the vegan spaghetti bolognese. After a long day of training and a very tired body, the last thing I want to do is stand over a stove cooking, so being able to microwave these and have dinner ready to devour in a few minutes made life so much easier.”

“I’m the biggest sweet tooth so have definitely been a lot less strict on my diet post-Olympics and may have indulged in a lot of ice cream during hotel quarantine! I like to keep a balanced diet and not fully eliminate any food, but try to eat as healthy and whole food-based as I can the majority of the time.”

She is strict with recovery and her sleep.

“I am a huge advocate for recovering just as hard as you train. Leading up to the Olympics I was spending at least an hour each day stretching, foam rolling and doing self-massage on top of my usual twice-weekly massage and physio sessions. For me, massage, dry-needling and stretching are the most effective in relieving tight muscles and I feel great after doing hot/cold water recovery when my legs and body are feeling fatigued and sore.”

“Of course, a healthy diet is a huge part of helping my body recover to its best so I try to be very organised with my meals and snacks throughout the day. Sleep is another huge part of recovery and to help me stay disciplined with this I set an alarm each night at 8 pm to remind me to start my bedtime routine then and wind down for the night to hopefully be asleep by 9-9:30 pm. I like to keep a similar wake-up time regardless of the time I need to be up for training and this is usually around 5:30/6 am most days.”

She swears by breathing techniques and journalling.

“I am subject to as much stress as the next person so I love using breathing techniques to calm me down throughout the day and recenter myself if I feel like my mind and body is getting a little frantic. I also use this if I am struggling to get to sleep. During lockdowns and hotel quarantines I have found journaling about the day, listing a few things I am grateful for and have achieved that day really helps to bring me back down to earth and get me off my phone. I did almost daily yoga in most of my hotel quarantines (I’ve done 3) as I often need to give my body a bit of a break from intense activity but I still love to stay active and moving.”

Mindfulness is a must.

“Mindfulness helps not only in my training but just my general daily life and stress management. As an athlete, you become very in-tune with your body and can sometimes neglect your mind, so for me through being aware of my body and when I feel a bit twitchy or worked up I can then think – ok, I think my mind and body are being a bit overactive or uptight, I need to take some deep breaths and try and relax my body for a few seconds to let some of that pent up energy or stress go. On-court in a match or at training, similarly, I use a deep breath out and a quick relaxation of the body as a way to forget about the previous point and move on to the next.”

“I have found yoga as a great way to improve my flexibility which is super important in badminton as we are stretching out into big lunges and jumping and bending all over the court, as well as giving me a challenge with some of the balances and mobility exercises in flows.” As a “healthy gut” becomes the new buzzword for health and wellness, more people are looking to plant-based diets to achieve good gut health. Thanks to Soulara’s meal delivery service, adopting a plant-based diet’s never been easier. 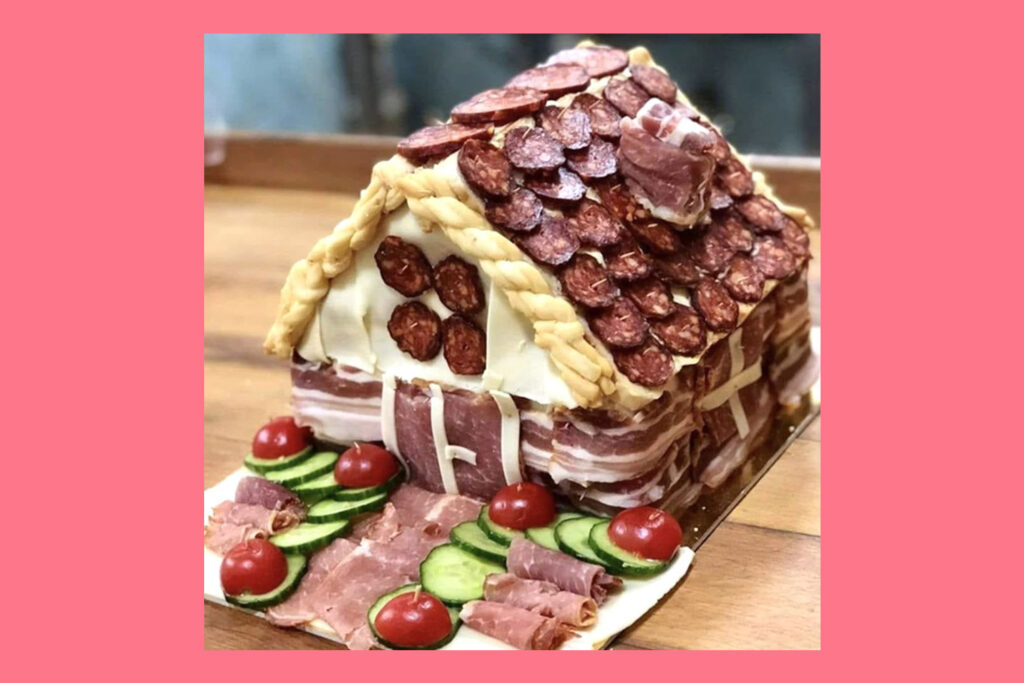 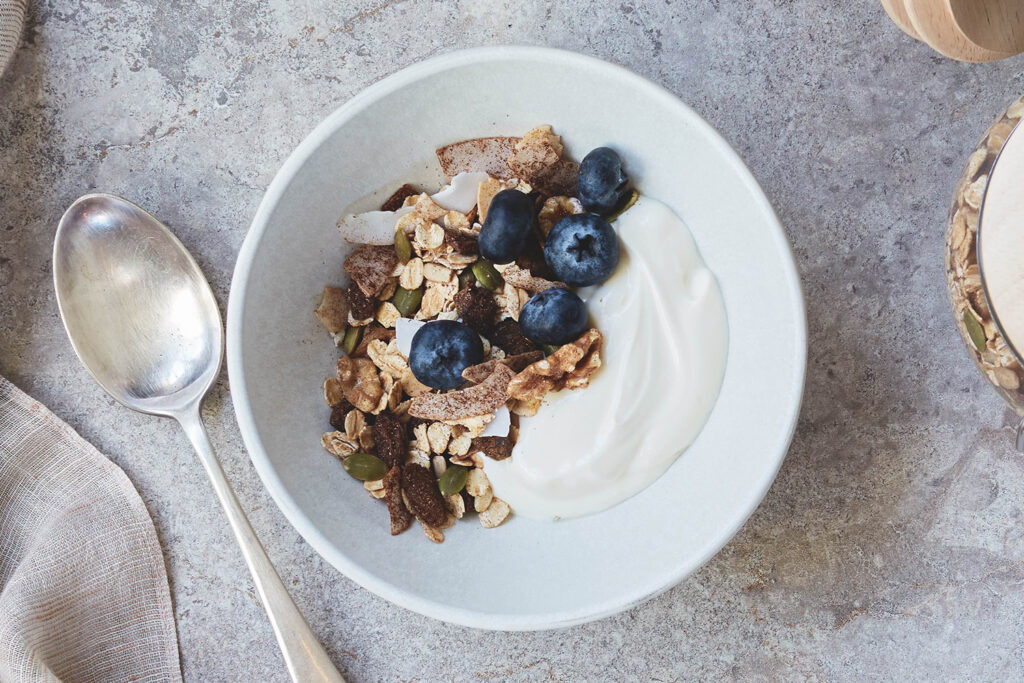