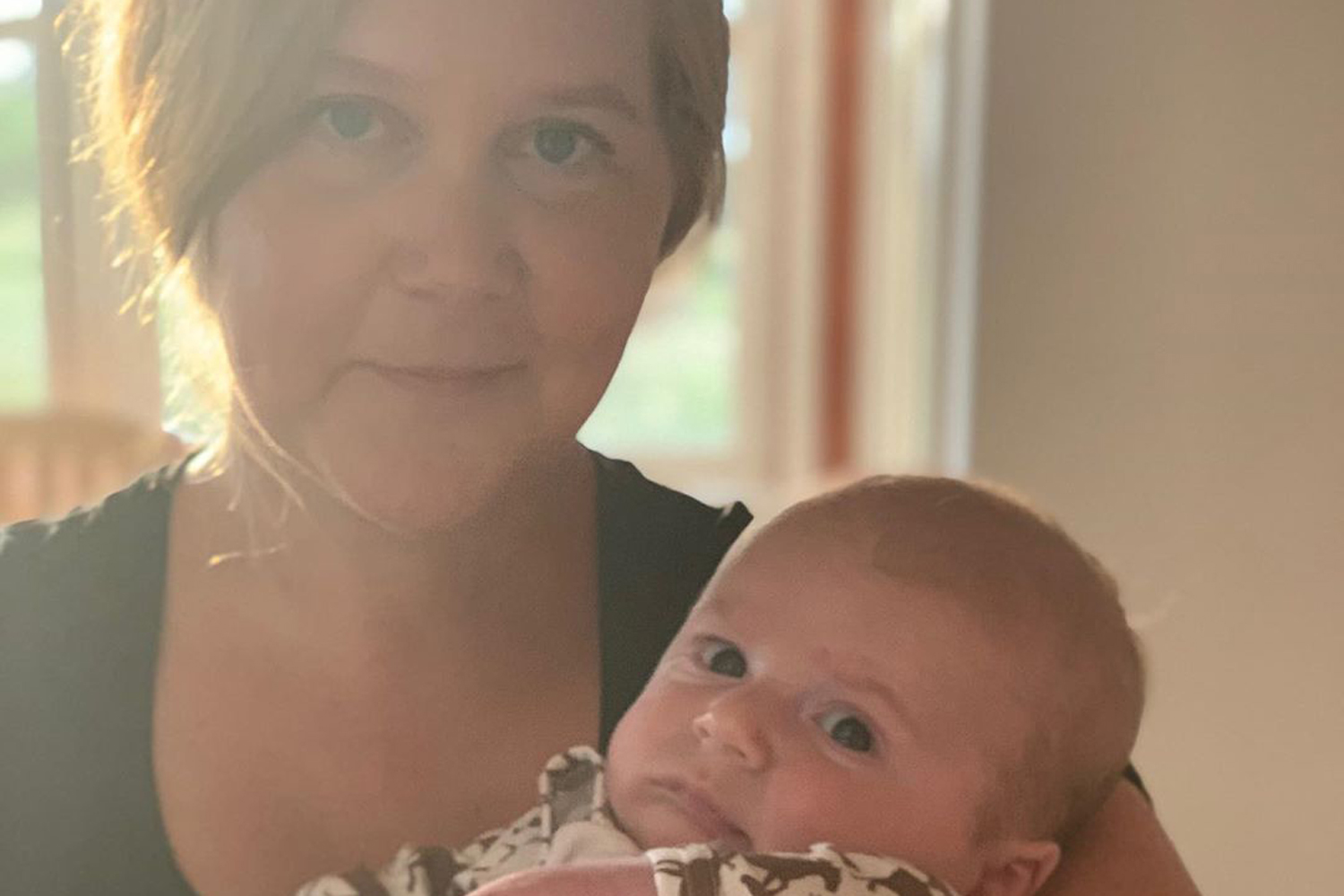 Earlier this week, Amy Schumer posted some photos on Instagram of herself wearing her postpartum hospital underwear five weeks after giving birth to her son, Gene. Plenty of people loved it but, since this is the internet, there were a few haters in the mix.

Now, Amy is addressing people who can’t see the humour in it. “I’m really sorry if I offended anyone with my hospital underwear. Except I’m just kidding. #csection #balmain,” she wrote alongside photos of herself out walking and then flashing her underwear and C-section scar.

She also shared the photos on her Instagram Stories and wrote, “I want to apologize to anyone I offended with my hospital underwear post…Major apologies from me and my C!!”

424.7k likes – View Post on Instagram
I’m really sorry if I offended anyone with my hospital underwear. Except I’m just kidding.#csection #balmain

People LOVED the fact that she showed off her scar and continued to give her props for her hospital underwear. “I see your C, and raise you an additional C and recent hysterectomy scars!” one commenter wrote. “Sitting here in my diaper reading this. When the nurse brought me to the bathroom after the delivery Sunday and brought out the underwear, I exclaimed ‘Like Amy Schumer!!’ You demystified that portion of this crazy process for me!” another said. “Your C section incision looks awesome!” another wrote.

On Saturday, Amy shared two hilarious shots on Instagram of herself wearing the disposable, stretchy, and super-comfy underwear they hand out to new moms in most hospitals. The underwear is designed to fit most bodies and has ample room for a large pad to help contain the bleeding women experience after they give birth.

“5 weeks. Hospital underwear for life!” she wrote alongside photos of herself wearing the underwear, a black bra, and sneakers while walking baby Gene on a country road, and cuddling in bed with her little one.

Apparently, this was too much for some people to handle. “I’m sorry but I think [you’re] taking this whole ‘natural’ thing to an extreme… brush your hair and put some decent clothing on.. childbirth is a great thing but you don’t have to let yourself go in return,” one person wrote. “I have a question.. is that your front yard? Or a public area? Because I’m not sure walking in a public area in hospital pants and a bra is appropriate. I’m all for keeping it real but a tad too far?!” another said.

You keep doing you, Amy.

RELATED: Amy Schumer Just Posted The Most REAL Photo Of Herself After Giving Birth