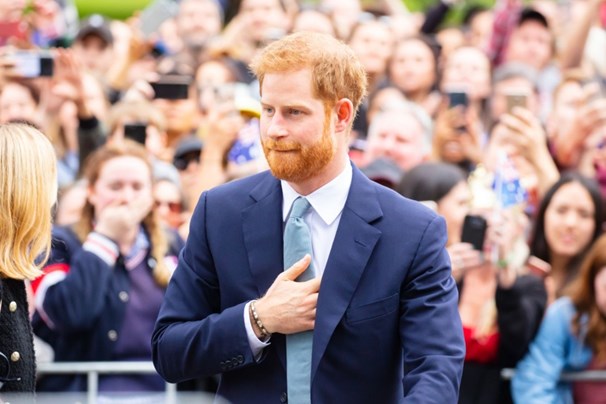 It’s been a turbulent few months for Prince Harry. Since leaving the UK and stepping away from Royal Duties, Harry and Meghan Markle have had to deal with an incessant barrage of headlines, most of them far from kind. For a man simply looking to do good in the world in a role of service and raise his children with love and attention, you can’t help but empathise with Harry, particularly given the trauma he’s experience in the past.

But while Prince Harry’s story might be well known, much like the rest of the Royal Family, he did well to hide his emotions and personal life from the public gaze. It wasn’t until recently that Harry has displayed a level of transparency so rarely seen in the Royal Family, talking about everything from his mother, Princess Diana’s death and how it affected him, to depression and seeking comfort in alcohol.

These revelations came to light in his latest documentary with Oprah, an Apple+ venture called The Me You Can’t See. The documentary focuses on mental health and in it, Prince Harry discusses his own struggles and personal demons. He said in a statement, “The majority of us carry some form of unresolved trauma, loss or grief, which feels – and is – very personal.”

Below are some of the most personal and gut-wrenching revelations made by Harry in the documentary, which you can stream now on Apple+ TV.

My Duke and I Podcast on Twitter: “Prince Harry knows, it’s heart wrenching to hear the words from his lips, but thank God they escaped.. This is powerful TRUTH!No weapon formed against HM& children will prosper! We must never stop praying for them!! pic.twitter.com/V1p2zV7xFw / Twitter”

The image is a lasting one: a 12-year-old Prince Harry trailing his mother’s hearse. As Harry revealed, he was never given the space or time to mourn his mother’s death, and as he grew up he turned to drugs and alcohol to numb the lingering pain he felt.

When Oprah sat down with Meghan Markle for her tell-all interview, Markle expressed that she was suffering from suicidal ideation and that she was denied help from the Royal Family. In the docuseries, the Prince opens up about this and how Markle didn’t act on her impulses because it was unfair to her husband.

Harry reveals: “The thing that stopped her from seeing it through was how unfair it would be on me after everything that had happened to my mum and to now be put in a position of losing another woman in my life, with a baby inside of her, our baby.”

The Firm tried to block their exit from the Royal Family

It sent shockwaves around the world when Harry announced he and Markle would be stepping down from their Royal duties, but as it was revealed in the documentary series, Harry actually wanted to leave earlier but his family tried to stop it from happening.

“Eventually when I made that decision for my family, I was still told, ‘You can’t do this. And it’s like, ‘Well, how bad does it have to get until I am allowed to do this?’ She [Markle] was going to end her life. It shouldn’t have to get to that.”

A lot has been said by Charles about his upbringing, which was portrayed as rather lonely. He even called his recently deceased father, Prince Phillip, as belittling and bullying, while he said the Queen was “detached.” Now, Harry has said his father passed on some of the struggles of Royal life, saying, “Well, it was like that for me, so it’s going to be like that for you.”

Harry spoke about his approach to parenting, saying: “Just because you suffered, that doesn’t mean that your kids have to suffer, in fact, quite the opposite.” He added, “If you suffered, do everything you can to make sure that whatever negative experiences that you had, you can make it right for your kids.”

If you or anyone you know is struggling and needs support, Kids Helpline is available on 1800 55 1800 or Lifeline on 13 11 14, both of which provide trained counsellors you can talk with 24/7. You can also speak with someone confidentially at Headspace by calling 1800 650 890 or chat online.

Jessica Campbell
Jess is a storyteller committed to sharing the human stories that lie at the heart of sport.