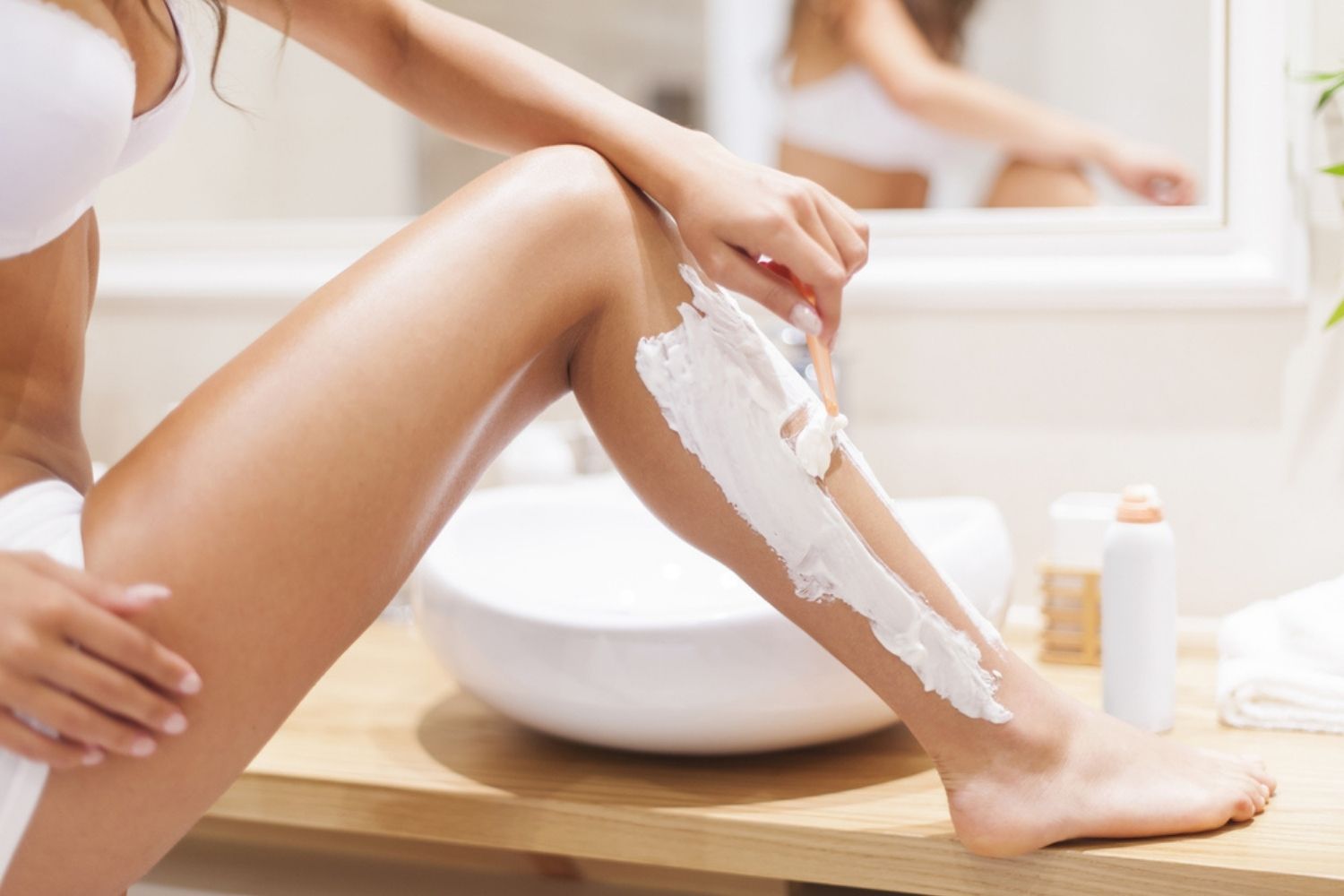 Unless you’re someone who swears by waxing alone, or has done a few rounds of laser, shaving your legs is a common occurrence.

Through the years, we’ve learned a thing or two about what makes for a good shave: a good body wash or shaving cream, absolutely necessary (if you’ve ever knicked some skin and looked down to what looks like carnage in the shower, you’ll know exactly what we mean). But perhaps most importantly of all, it all comes down to the razor. The shape, size, and blades all are important considerations we take a discerning eye to. But if one TikTok trend is to be believed, perhaps it’s time we ditch the razors completely. Their replacement? Sandpaper.

TikTok star Jules (@jules49of) has share a new trend, when it comes to shaving your legs, that we are rightfully cautious of. The now-TikTok sensation took to the social media platform to share a video of the new way she shaves her legs, and the secret is sandpaper – not razors. Jules explained that she’d seen someone else’s video about shaving their legs with sandpaper which then inspired her to try it for herself.

According to Jules, her skin is “so soft” as a result. “This is my first TikTok on here, I’ve been stalking you people for a little but,” says Jules in the video.

“I was watching one of these girls, she’s an ‘accountant’, I was learning about the business, anyway, watching this girl, she’s an accountant and she’s talking about shaving her legs with sandpaper. She used 600 grit sandpaper on her legs.”

As Jules then goes on to demonstrate, the secret is to use the sandpaper in a circle one way 10 times, before then going the other direction 10 times. “My god, my skin is so soft, it’s awesome. And it works,” declared Jules.

In a statement we all can relate to, Jules expressed: “I have been using a frickin’ razor all this time. Just some 600 grit sandpaper. Thank you accountant of TikTok.”

The video has since gone viral, amassing a staggering 1.2 million views on the platform, and nearly 3,000 comments from so many people who have watched – like us – in disbelief of what we are seeing. Jules has since posted a follow-up video, in which she said: “I thought I’d go ahead and do a part two, so I can answer a couple of questions because I stayed up last night way too late reading some of y’all’s comments! I gotta say, y’all are pretty funny.”

She added, “One of the questions that really stood out was how long did it last, and it lasted, like, 24 hours later – I had a little bit of stubble on my legs, not bad, and I have to say I also used a lo of lotion after I did that to make sure that my legs were hydrated.”

As for the question on other body parts the sandpaper can be used, Jules advises she’s not willing to take the risk on her more intimate areas. “And then the hootie-ha? Yeah, I don’t think I wanna do mine. That hair’s pretty coarse, and it might take some aggressive rubbing.”

As she so poetically put it, “If I’m gonna make that area raw, it’s not gonna be with sandpaper…”

Like all TikTok trends, we say approach with caution, and if you have sensitive skin: stay away. Sandpaper is incredibly rough, and while it might take of your hairs, it may take off a lot more skin than you are expecting (and isn’t the most sanitary thing in the world).