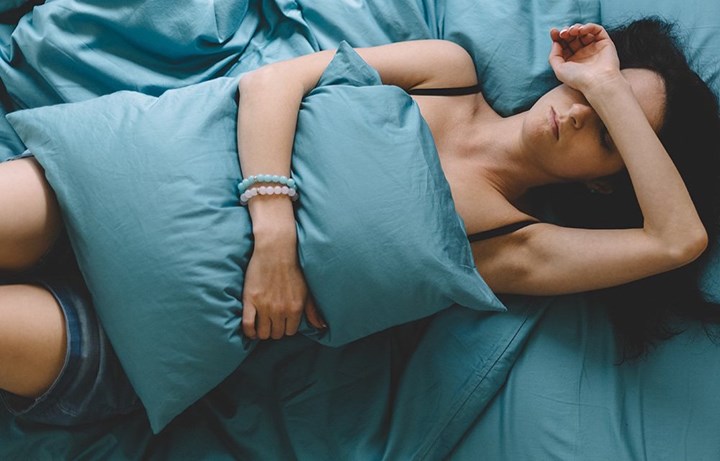 It starts with something innocent enough: that familiar sluggishness during a long workweek, forgetting friends’ birthdays here and there. If you’re in your twenties or thirties, you might brush it off. But what if we told you these could all be early warning signs of multiple sclerosis (MS)?

Symptoms of MS can start as early as age 20, come and go in unpredictable patterns, and often appear under the guise of symptoms you deal with on the daily. “Many symptoms that occur early in MS can also occur in other conditions—some more commonly occurring conditions than MS,” says Kathleen Costello, a nurse practitioner and associate vice president of healthcare access at the National Multiple Sclerosis Society. “Some of the early signs can also be generalised, such as an increase in overall fatigue level, which makes zeroing in on one diagnosis initially difficult.”

MS can happen to anyone; in fact, about 2.3 million people around the world are living with it right now, according to the National Multiple Sclerosis Society. And that’s just a rough estimate: Since the symptoms are so hard to spot, many people don’t even know they have MS and are currently undiagnosed. Women, however, are two to three times more likely than men to develop this debilitating disease, in which your immune system wreaks havoc on your own central nervous system and damages the connections between your brain and your body.

While doctors still don’t know exactly what causes MS, they do know that getting diagnosed early can trim down your chances of long-term disability. So being able to recognise the early signs of multiple sclerosis—no matter how tricky they are to detect—is critical. If your nerves are feeling a bit shot lately, be on the lookout for these hints that a larger issue might be at hand:

When you work a nine-to-five desk job, it’s normal for your vision to have to readjust itself as soon as you peel your eyes away from the computer screen. But if you’re experiencing a dimming, blurring, doubling, or complete loss of vision—especially if it’s only in one eye—you might be feeling the effects of something called “optic neuritis,” a common symptom of MS that causes inflammation of the optic nerve.

“Some people describe this as looking through a smudged contact lens, or looking through a screen or through water,” says Costello. “It may also be associated with pain or a pulling sensation during eye movement, and there may be a noticeable loss of colour vision—particularly a desaturation of reds that makes them look more greyish-red.”

The onset of MS-related vision problems is usually slow, since the deterioration of the eyes happens over time. Optic neuritis can also happen on its own—without necessarily being associated with multiple sclerosis—as a result of an infection, a vitamin deficiency, or other autoimmune diseases. In any case, Costello recommends prompt medical care if you notice any impairment in your vision.

RELATED: 5 Foods To Keep Your Vision Healthy For Longer

Everyone can trip over their feet from time to time, but MS causes something more than everyday clumsiness: One of its earliest symptoms is extreme dizziness or vertigo, which can really take your head for a spin. You’ll know it when you feel it, as it usually hits you like a bag of bricks when you stand up from a seated position: “You have a sense that either you or the room is moving,” says Costello. “This may be a spinning sensation, or it may feel like you are on a boat. This may cause nausea or vomiting, and it may worsen with movement.”

Dizzy spells and bouts of vertigo aren’t always caused by MS, though: Inner-ear problems, anemia, low blood sugar, low blood pressure, and certain medications might be possible culprits too. If you find yourself stumbling with lightheadedness, it’s best to get checked out by a doctor right away.

You’re inevitably going to come across those days when you just can’t even. But sudden spells of severe exhaustion that last for weeks and mess with your ability to function normally on a day-to-day basis might be an indication that MS is destroying the nerves in your spinal column. “People with MS describe their fatigue as overwhelming, making even simple tasks difficult,” says Costello. “It is often out of proportion with your activity, is not relieved by sleep, and is worsened if you become overheated.”

Thyroid complications, vitamin deficiencies, anemia, and other serious medical conditions could also be behind your symptoms, so don’t take it lightly if you’re constantly dragging yourself through the day. “If you’re experiencing a new increase in your fatigue level, it is important to discuss it with your physician,” says Costello.

When MS puts your central nervous system under siege, the signals that your brain and spinal cord send to the rest of your body can go haywire—or disappear altogether. The result: numbness. “Numbness and/or tingling that is persistent—lasting more than a few days—is an early symptom that deserves investigation to identify the cause,” says Costello.

Multiple sclerosis patients typically experience prickly, tingling, dulled, or lost sensation in their arms, hands, feet, legs or face. Some may even compare the sensation to the feeling of water dripping down their limbs or of insects crawling on their skin.

These could also be red flags that something other than MS is up, so don’t put off checking in with your PCP if you’re being plagued by the creepy-crawlies. “Other conditions such as peripheral nerve compression, disk problems in the neck or back, certain types of infections, nutritional deficiencies, anemia, and thyroid issues may cause numbness and tingling as well,” says Costello.

“Many people with MS report a sense of ‘gotta-go’ bladder urgency or may need to use the restroom more frequently,” says Costello. “Sometimes they are even awakened during the night by the urge to urinate.” Dysfunctional potty habits occur in about 80 percent of people with MS, and the inability to hold in your pee is often accompanied by constipation, diarrhea, and uncontrollable bowel movements as well.

If you’re familiar with urinary tract infections, are taking medications such as diuretics, or have weak pelvic floor muscles, then you’ve likely already had your fair share of encounters with nasty bladder issues. Nonetheless, keep an eye on your bathroom schedule, and let your doc know if anything seems amiss.

Sleep disorders, mood changes, specific medications, and other disorders can cause you to lose your marbles mentally and emotionally, but according to Costello, about 60 percent or more of those diagnosed with MS experience some form of cognitive or emotional distress. If you think about it, this makes complete sense, since the brain is the epicentre of the central nervous system.

As far as cognitive functions go, those with MS can suffer from “impaired recall, difficulty with multitasking, and trouble with concentration and attention,” says Costello. They might also find themselves jumbling their words or having difficulty staying organised.

When it comes to emotional symptoms, depression, irritability, sudden mood swings, and uncontrollable fits of crying or laughter are also common in MS patients. If your attempts to keep your head and heart in check are proving to be ineffective, ask your physician if MS could be throwing you off-kilter.

RELATED: How To Help Someone Who Suffers From Anxiety And Depression

According to the National Multiple Sclerosis Society, half of people diagnosed with MS have chronic pain, which is usually coupled with involuntary spasms, inexplicable weakness, or stiffness in the muscles. “It is often described as heaviness or like the limb is worn out,” says Costello. The legs are usually the first extremity to bear the brunt of the muscular woes, but the back is also a typical problem area.

“Weakness can occur due to other causes such as infections, nerve compression, disk herniation (that will likely also cause pain in the limb), and other autoimmune conditions,” says Costello. If your own body just can’t hold you up, seek the help of a doctor.

It’s important to keep in mind that not all people who suffer from multiple sclerosis experience the same exact symptoms. If you start to see health issues that you’ve never had before, no matter what they are, Costello recommends getting to your doctor’s office right away to discuss the possibility of MS. “Your PCP may ask a lot of questions and try to figure out why the symptoms are occurring based on your history and his exam. If the history and exam suggest a central nervous system problem, often an MRI of the brain and possibly the spinal cord are done to look for evidence,” she says. “Other blood tests may also be done to exclude other conditions that mimic MS. He will likely refer you to a neurologist to further investigate the symptoms you are experiencing.”

You can find more information on MS here